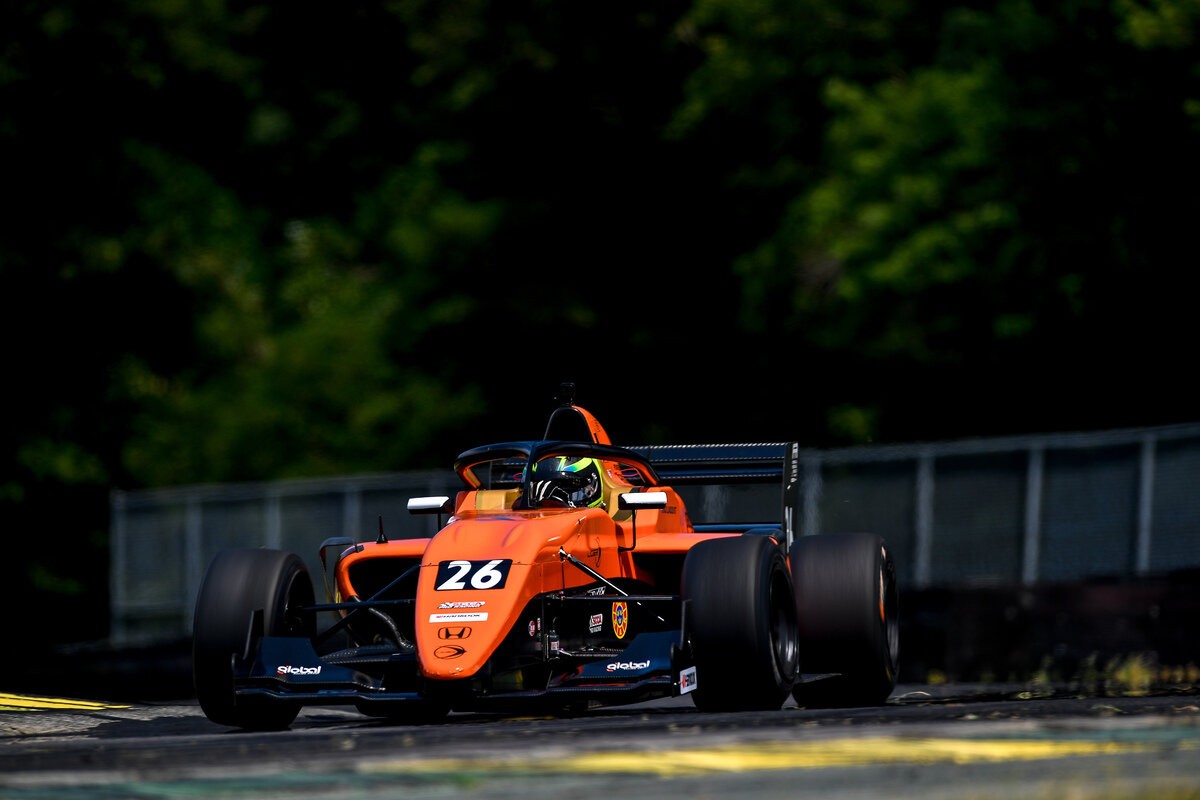 Car briefly led the field on multiple occasions throughout the weekend, but couldn’t hold Lundqvist back for long.

Newman Wachs Racing’s Jordan Missig was Lundqvist’s main challenger in race one. After an early pace car, Missig was on Lundqvists tail, but the Global Racing Group driver was soon able to shake him off.

Car took advantage of a wide moment for Missig to take second and was brought back onto the tail of Lundqvist when another pace car period bunched up the field.

However, the rookie couldn’t stick with Lundqvist on the restart, who built up a lead to finish 1.5 seconds clear.

Missig finished a comfortable third ahead of team-mate Victor Franzoni, who passed HMD Motorsports’ David Malukas in the closing stages of the race.

Crosslink/Kiwi Motorsport driver Car continued his charge in race two, immediately snatching the race lead. He began to pull away, but Lundqvist put in consistent fastest laps to reel him back in.

In just five minutes, Lundqvist reclaimed the lead. From that point on he was unstoppable, building a gap of nearly 5s with no pace car interruptions. Missig spent much of the race in third but a late spin dropped him down the order and promoted Malukas to third, 10s behind Car.

Race three consisted of a race-long battle victory between Lundqvist and Car, who was briefly able to sneak past twice but had an advantage that only ever lasted a few corners.

A number of lock-ups for Lundqvist in the closing stages eventually led to the pair running side-by-side through the final lap, but Lundqvist still held on to win.

Despite a late pace car period, third placed Malukas couldn’t stay with the leaders. On the penultimate lap, Benjamin Pederson managed to find a way past him, but a wide moment dropped him back down the order.

Malukas’ podium means he sits 49 points Lundqvist in the standings, with Car a further 12 behind.

Santiago Urrutia (HMD) and Kent Vaccaro (Momentum Motorsports) were absent, while Canadian team Relentless Motorsport was able to race with Andrew Dobbie and Mitch Egner after missing round one due to travel restrictions.