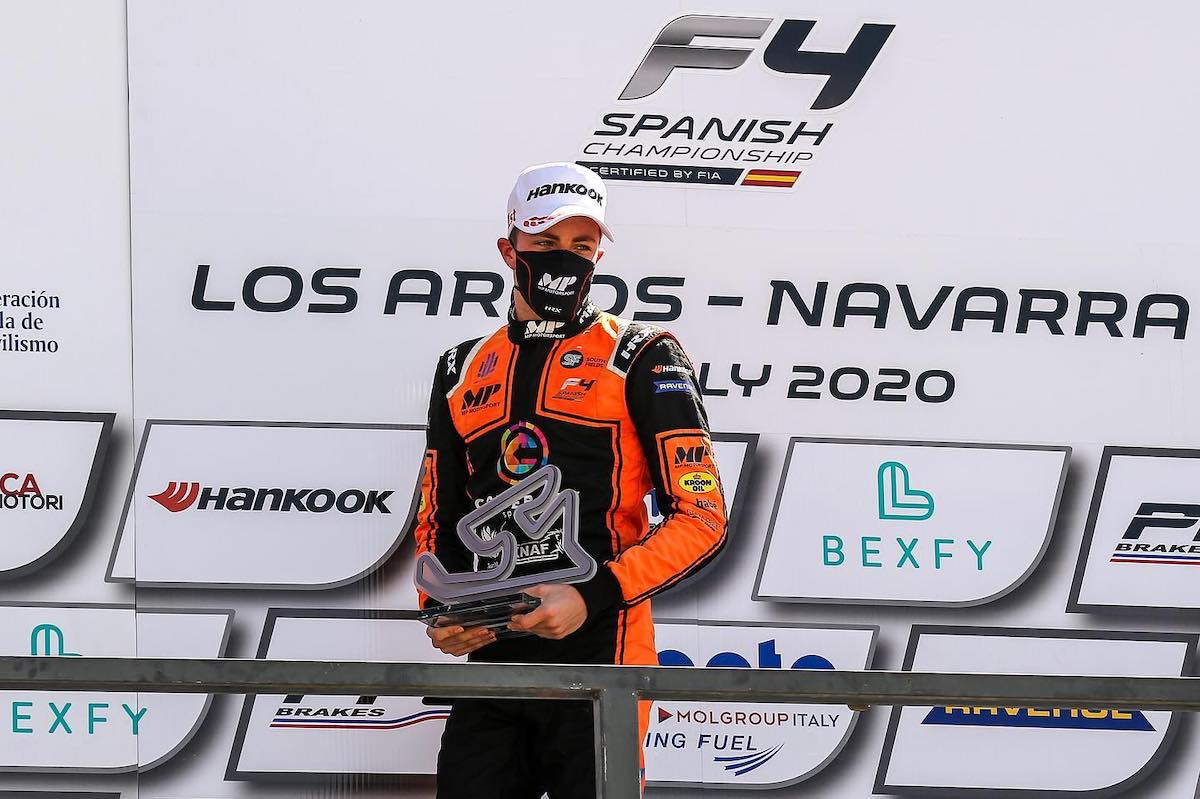 Single-seater debutant Kas Haverkort controlled the first Spanish Formula 4 round of the 2020 season at Navarra.

The Dutch karting graduate beat Lorenzo Fluxa to pole for his first ever race, which he led from start to finish.

Fluxa’s team-mate Suleiman Zanfari went in the opposite direction by rising from 13th on the grid to fifth on lap one, but was back in his starting spot by the mid-point of the race.

Drivex School’s Augustin Collinot held on to fifth once Zanfari had been sent back down the order, but then succumbed to pressure from his team-mate Valdemar Eriksen on the final lap and finished sixth.

Haverkort had another lights-to-flag success in race two, which was light on overtaking. A super start by Haverkort put him 1.4 seconds up within a lap, and he then cruised to victory ahead of Goethe and Fluxa.

Praga F4 returnee Carles Martinez was fourth, while Collinot was the top Drivex entrant in a distant sixth.

Joshua Dufek, a Sauber Karting graduate, beat Haverkort by 0.060s to race three pole, but was bettered by his MP team-mates Haverkort and Goethe at the start and had to settle for the bottom step of the podium.

Boya finished fourth to consolidate second place in the points, while Drivex’s Lena Buhler – the only Female Trophy driver – departs Navarra with two eighth places and a top 10 position in the standings.