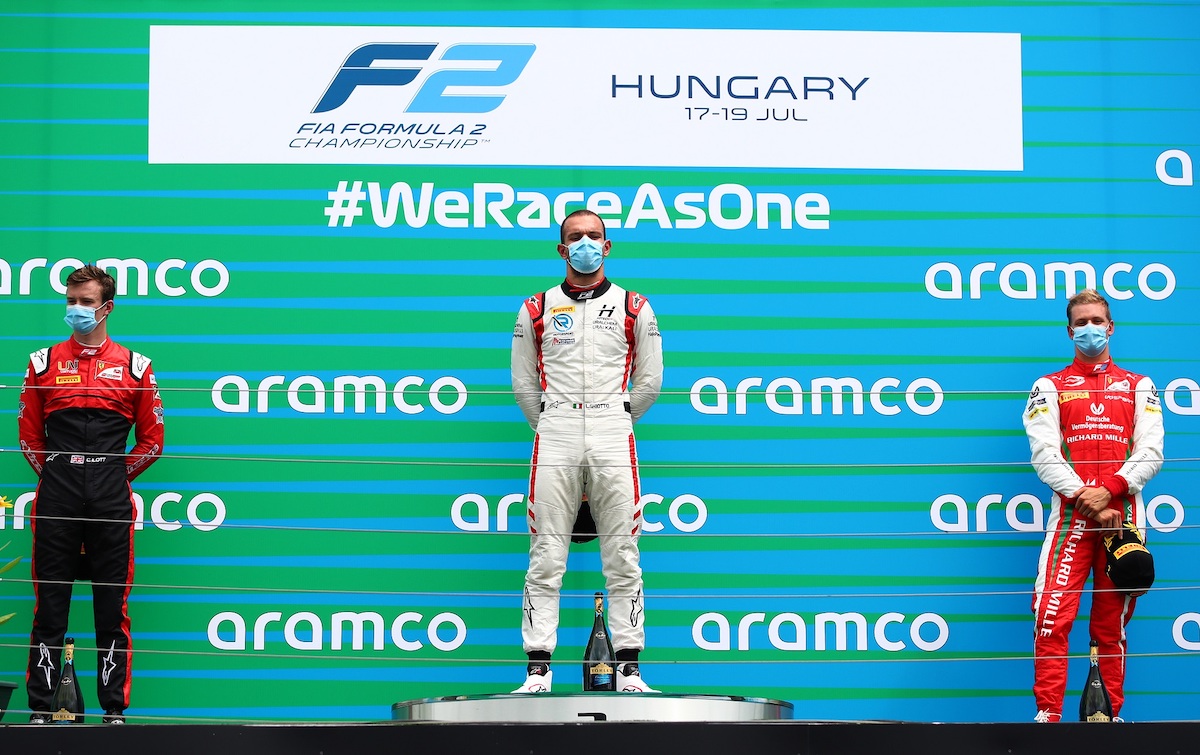 Luca Ghiotto and his fellow podium finishers in the Formula 2 sprint encounter at the Hungaroring say they only decided on their strategies during the race.

Tyre degradation was such in the sprint race that the vast majority of the 22 runners opted for a pitstop in the race – which usually doesn’t feature them at all.

Ghiotto was one of only two drivers that didn’t opt for fresh rubber, and he held off a fast-charging Callum Ilott by just a few tenths at the end of the race.

After clinching the first F2 win for Hitech GP, Ghiotto explained how he and the team concluded to not stop.

“After I took the cars in front and I was P2 I was like okay, this could work,” he explained post-race.

“I was in clean air for the whole race because Callum got a good gap in front of me, I was not really fighting for any of the first laps let’s say. When Callum stopped I got the call from the pits to decide on Plan A or Plan B.

“I decided to go with Plan A. I felt more confidence on that side, the tyres felt OK at that moment, not that bad. It just worked well for us again.

“The main thought in my mind was whether the tyre was going to last – is it going to keep this pace or am I going to drop more seconds? – because that would have cost me the race. To make the tyre last enough to keep that 1m36-37s pace that we had was enough to keep P1.”

For Ilott, his pitstop was not planned, but he believed he had the race lost either way.

“We had a really bad pitstop,” he said. “I think the front left didn’t come off and when I went out I also had brand new tyres, because I didn’t plan to do the pitstop, so I was locking up all over the place.

“He made a mistake in the first corner so I thought I was going to get him [at the end] but he put everything he had left and just managed to stay ahead.

“But fair play to them, I didn’t think it would work for them. If they had done the alternate strategy, I think they would have still been ahead because of our pitstop. But what a race that was. It was good fun.”

Schumacher, who took third, explained how Prema kept him informed.

“The team did a great job to analyse the situation and say ‘OK, now we push because we know we are going to box’,” he said.

“So I managed to create a little gap again to Nikita behind me and catch Luca but therefore my plan was to box. We pitted, we changed tyres, and similarly with Callum we didn’t bed the tyres in so we had totally fresh tyres or clean tyres and new tyres coming out of the pits.”