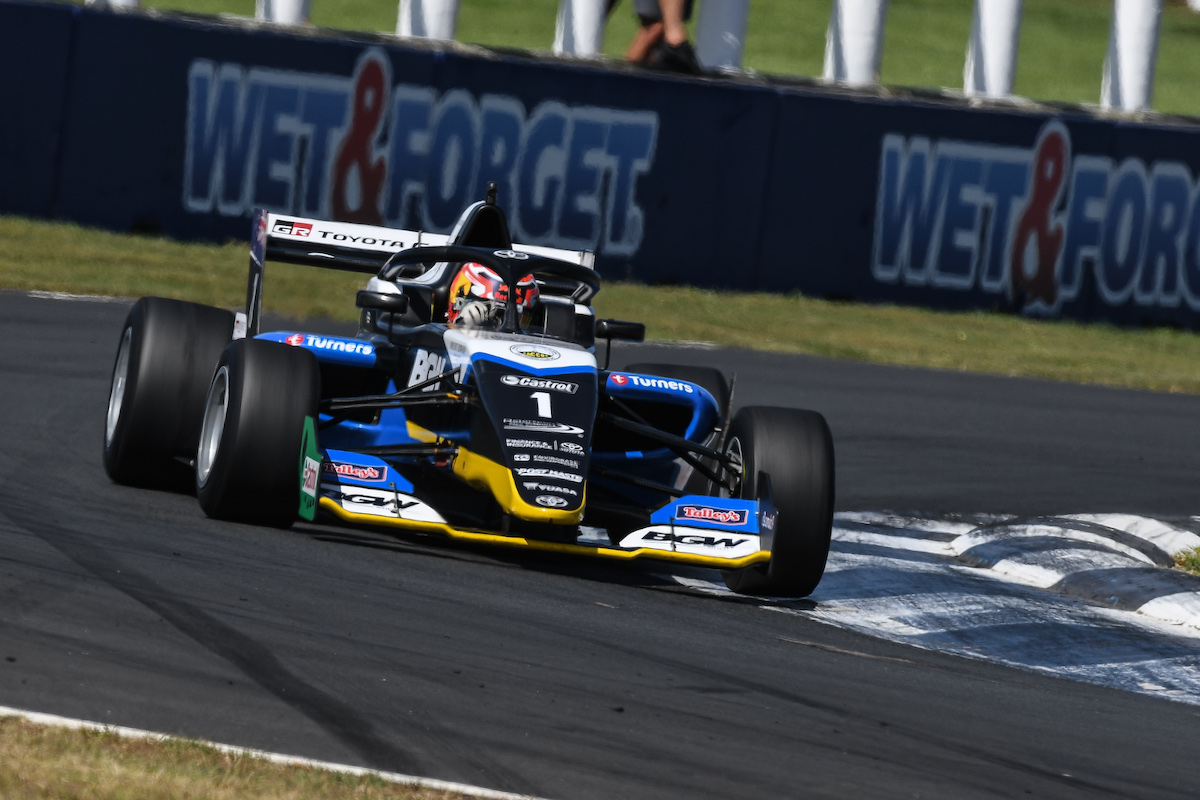 Lawson and Fraga exchanged fast laps throughout much of the 15-minute session, but Lawson put in two laps towards the end which were good enough for pole, with 1m00.027s, his best effort, coming right at the end.

Fraga was unable to improve on his final lap, after making a mistake and taking to the run-off on his penultimate effort. Regardless, he was just 0.025 seconds behind Lawson at the end.

Ido Cohen was an impressive third, and was towards the top of the times throughout. His final effort elevated him ahead of Red Bull-backed Yuki Tsunoda.

Petr Ptacek was the top MTEC Motorsport-run car in fifth, ahead of Renault Academy driver and team-mate Caio Collet.

Emilien Denner edged Franco Colapinto for seventh, with the latter dropping down the time sheets as the session got into its business-end.

Tijmen van der Helm, in only his second weekend in the series, and Oliver Rasmussen will round out the top 10 for the opening race.

In the championship’s first visit to Pukekohe since 2009, the session went largely without incident, although Axel Gnos (17th) suffered a spin and Jackson Walls (14th) had an off-track excursion.