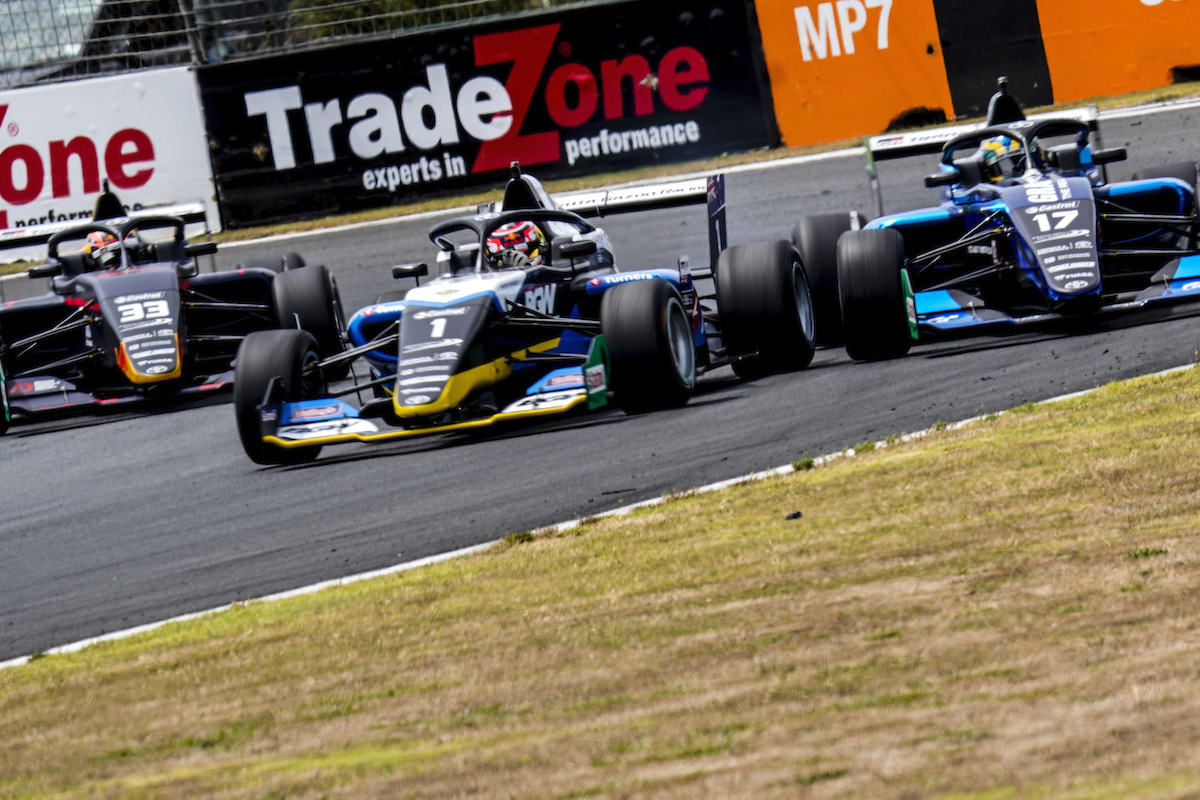 Liam Lawson closed the gap on Toyota Racing Series leader Igor Fraga with victory in race one at Pukekohe after first-lap contact between the two title rivals.

Fraga initially took the lead with a better start from second than his pole-sitting M2 Competition team-mate Lawson.

Lawson immediately struck back however when he dived down the inside of the chicane at Turn 5, his left-rear tyre making contact with Fraga’s right-front as he went past.

Fraga was forced wide in the move, and that allowed Yuki Tsunoda through into second place.

That helped Lawson to quickly pull a margin of over a second before another of M2’s drivers Emilien Denner went off out of seventh place at Turn 3 and hit the barriers.

The race – the first for TRS at Pukekohe in almost 11 years – was suspended while Denner’s car was recovered, with Lawson creating a large gap over Tsunoda at the restart.

Fraga got a run on Tsunoda and tried to replicate Lawson’s move down the inside of Turn 5, but he went deep and instead had to keep Ido Cohen at bay.

The safety car was brought out again on lap 12 of 20 when Caio Collet crashed heavily having hit the Turn 2 kerb while running fifth.

It was the Renault junior driver’s second significant impact of the weekend, with a crash having forced him to miss a large part of practice on Friday.

The race restarted with three laps to go, with Lawson again untroubled on his way to a 1.248-second win over fellow Red Bull junior Tsunoda.

Fraga was half a second back in third, his points lead over Lawson cut from 17 to nine points.

Cohen matched his best result to-date as he followed up M2’s qualifying lock-out of the top four places.

Petr Ptacek, who originally qualified fifth, fought back from a grid penalty for a red flag infringement to take eighth in front of Jackson Walls and Tijmen van der Helm, with Lirim Zendeli a muted 11th.