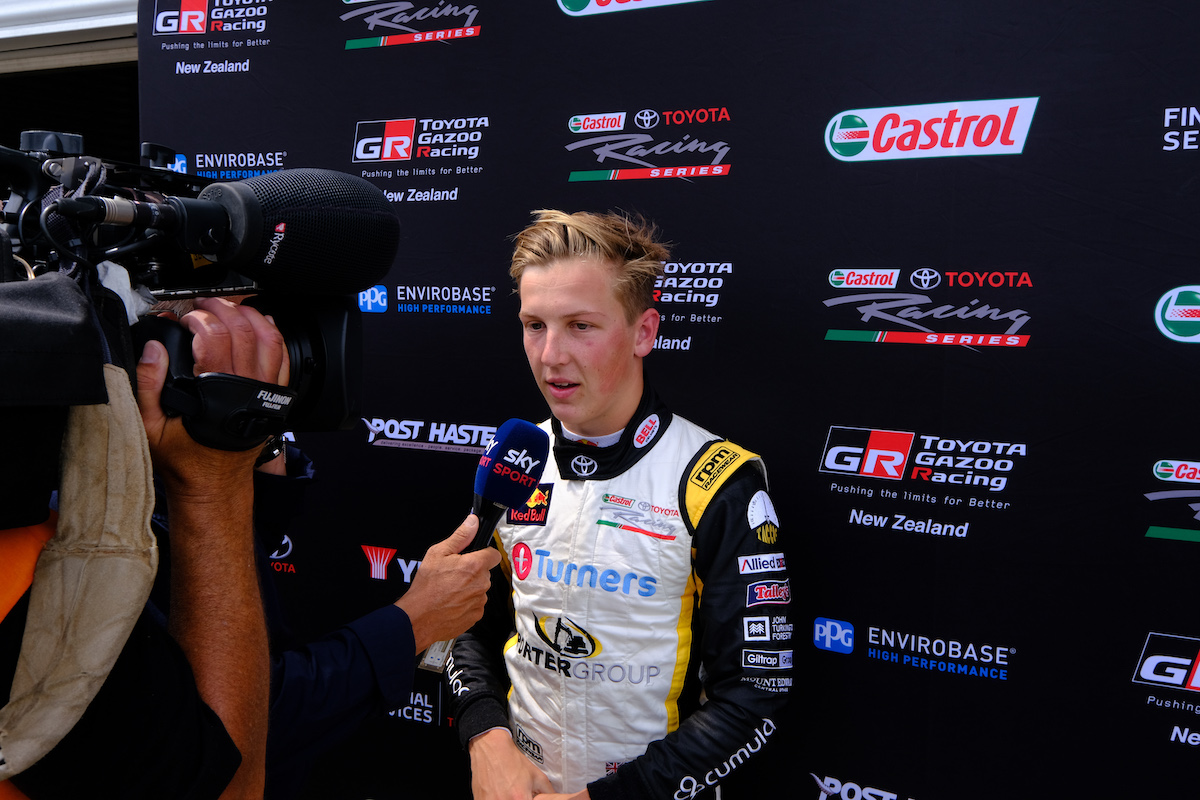 The two M2 Competition drivers traded top spot before Lawson took control of the session as he became the first driver to go underneath the one-minute mark this weekend.

Fraga, who has a nine-point margin over Lawson at the top of the standings, continually improved his time but ended up 0.095 seconds short.

Gregoire Saucy took third place away from Franco Colapinto in the closing minutes, only for Kiwi Motorsport driver Colapinto to grab it back again by 0.003s with his final effort.

Lucas Petersson ran as high as fourth late on but ended up seventh between his MTEC Motorsport team-mates Petr Ptacek and Jackson Walls.

Another of the team’s drivers Oliver Rasmussen was ninth with Ido Cohen rounding out the top 10 for M2.

Renault protege Caio Collet was the slowest of the MTEC drivers in 11th as he tries to recover from crashing heavily on both Friday and Saturday.

Red Bull junior Yuki Tsunoda – second in race one – struggled even more, pushed back to 16th place after failing to improve near the end, although he was only just over six tenths away from his team-mate Lawson’s time.