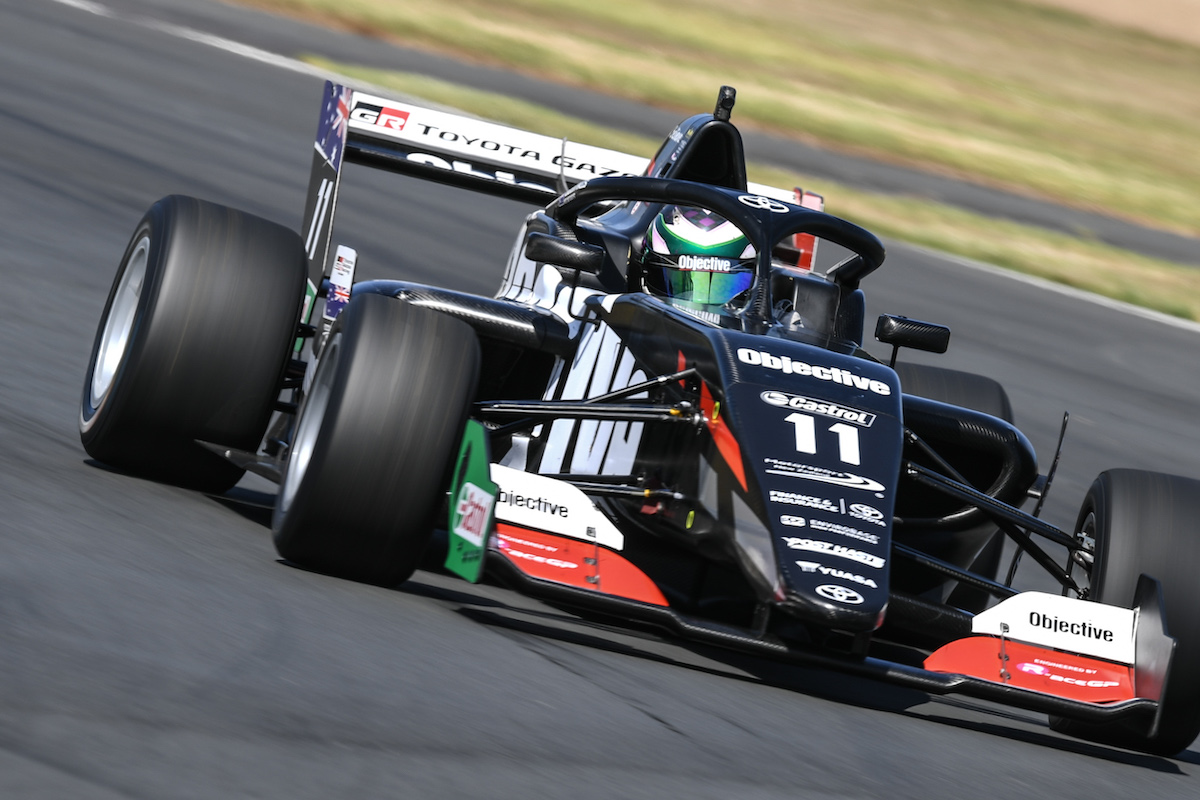 The two drivers originally finished eighth and ninth in the first race, but a series of penalties handed out for formation lap speed infringements promoted them into the top six and onto the front row for race two.

Starting from pole, Walls maintained the lead at the start ahead of Ptacek and Franco Colapinto, while race one winner Liam Lawson got past his title rival Igor Fraga for fourth through Turns 2 and 3.

Ptacek got alongside Walls as the field headed onto lap two, but while the Czech driver spent most of the race within half a second of the Australian, Walls held on to take the win.

The front two were able to pull away from the intense race-long fight for third between Colapinto and Lawson.

Lawson frequently caught up to the rear wing of Colapinto on the approach to Turn 1, but couldn’t find a way past and had to settle for fourth.

Being passed by Lawson forced Fraga wide into Turn 4 on the first lap and he was passed by M2 team-mates Yuki Tsunoda and Ido Cohen – who were stripped of their top-four finishes in race one.

Fraga would regain fifth soon afterwards though as Tsunoda and Cohen dropped back, the latter after he straight-lined the chicane.

The Brazilian remains ahead of Lawson in the standings by seven points.

Gregoire Saucy took sixth ahead of Tsunoda and Cohen, with Rui Andrade and Tijmen van der Helm completing the top 10.

Lirim Zendeli slowed and pitted with a technical issue, which was not resolved when he returned to the track.

Emilien Denner did not take the start due to a wrist injury, possibly sustained when he crashed out of race one.