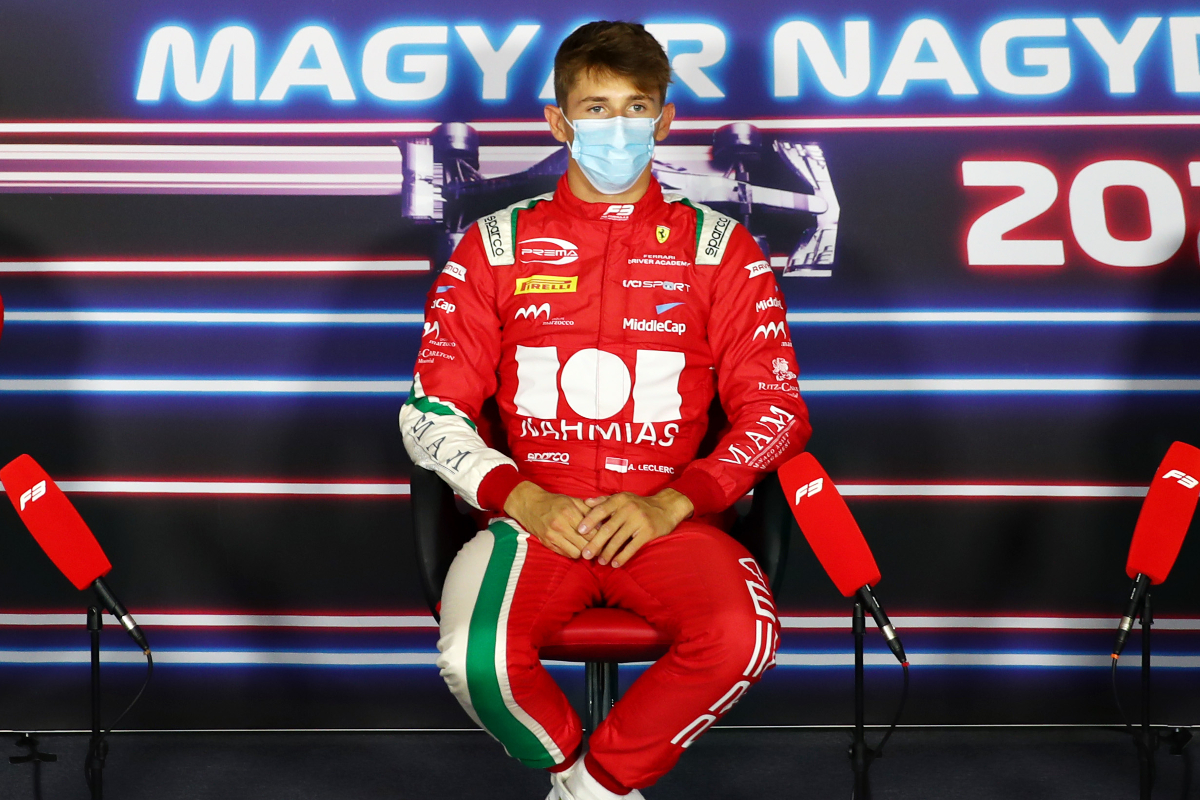 FIA Formula 3 Championship’s Hungaroring poleman Arthur Leclerc admits that he was putting too much pressure on himself in qualifying this season prior to this weekend.

The Prema driver came out on top in qualifying in Hungary ahead of team-mate and points leader Dennis Hauger, and Trident’s trio of drivers. That pole is for race three, while a three-place grid penalty means he starts 15th for race one.

In the post-qualifying press conference, Leclerc opened up about how he was able to make a breakthrough after qualifying 15th, 30th (after a crash) and ninth in the first three rounds of his rookie season.

“I changed quite a lot the approach,” he said. “A few things on the car first, like the set-up. So we found a bit better set-up for how to approach quali. And me [too], my mind. Like my mindset, how I go to quali, is really important.

“I think in Paul Ricard [where he crashed] or in the previous races, I was maybe putting on me a little bit more pressure. But we know that we had the pace, we show that we have the pace, and we just need to be a bit calmer, a bit more patient, and the result will come.”

When asked by Formula Scout to expand on this, he added: “In the beginning of the season especially, I was putting me [under] quite a lot of pressure – I love this sport, I want to succeed and sometimes when you put a bit too much emotion on it you just lose it. I was putting a bit too much pressure [on myself].

“It’s a sport where you need to manage the emotions, so that’s something I’m working for. My team and the Ferrari Driver Academy is helping me quite a lot on it, and then Prema gave me the car to make the pole today and we were able to maximise the results.”

Leclerc is in his second year as a Ferrari junior, having been Formula Regional Europe title runner-up with Prema in 2020.

On how his first FIA F3 pole changes his targets going forward, he said that “to get the pole is giving me more confidence” but “it’s not in one race everything will change” for his qualifying form.

“At the end, the result of this pole I think is quite big, hard work [done] from the first race in the beginning of the season, even from pre-season tests,” he explained.

“So I’m working every day to just improve myself, to be better. We saw that the approach in qualifying wasn’t the best; in the races we were able to do really good results with really good pace, so we knew that was the approach to work for.

He concluded by saying that he does not look to his older brother and Ferrari Formula 1 driver Charles for advice on mind management, instead working closely with the FDA on race weekends.