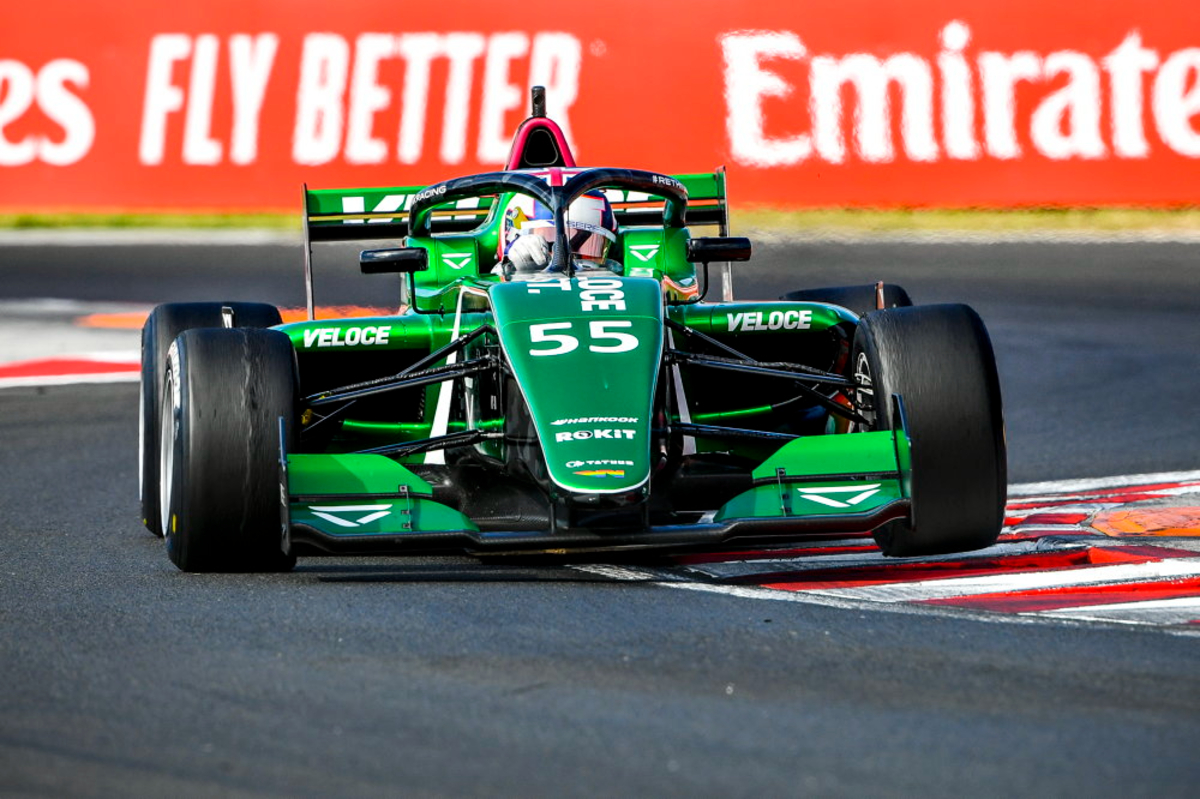 Jamie Chadwick has taken pole position for the fourth round of W Series around the Hungaroring, over two tenths of a second clear of championship leader Alice Powell who will join her on the front row.

Chadwick set the fastest time of 1m42.735s despite this being her career debut at the Hungaroring circuit, ahead of Powell who set a time of 1m43.004s.

The two W Series Academy rookies continued to impress with Nerea Mari taking the third fastest time, not quite able to match the pace of the top two championship leaders.

Fellow Academy driver Irina Sidorkova finished the session comfortably fifth fastest after spending much of the session in the top three.

Beitske Visser, after going second fastest in practice, continued her strong form, sitting comfortably near the top of the timesheet behind Chadwick for much of the session before finishing fourth fastest.

Bruna Tomaselli also battled for the top time before dropping down the timing screens to sixth in the final minutes of the session.

Sidorkova initially put in the fastest flying lap time on her first run ahead of championship leaders Chadwick and Powell before Chadwick responded on the next lap to take the place at the top of the time sheet once more.

As the session approached the last five minutes lap times began to tumble with Marti becoming the only driver to go faster than Chadwick, before the Brit reclaimed her pole position.

Visser also improved her lap time on the same lap pushing Marti down to second fastest before the Academy driver went over three-tenths quicker.

Caitlin Wood, making her W Series season debut this weekend, spent time in the pits as she reported a problem that her steering wasn’t straight, but the Australian was able to finish up 17th of the 18 drivers.