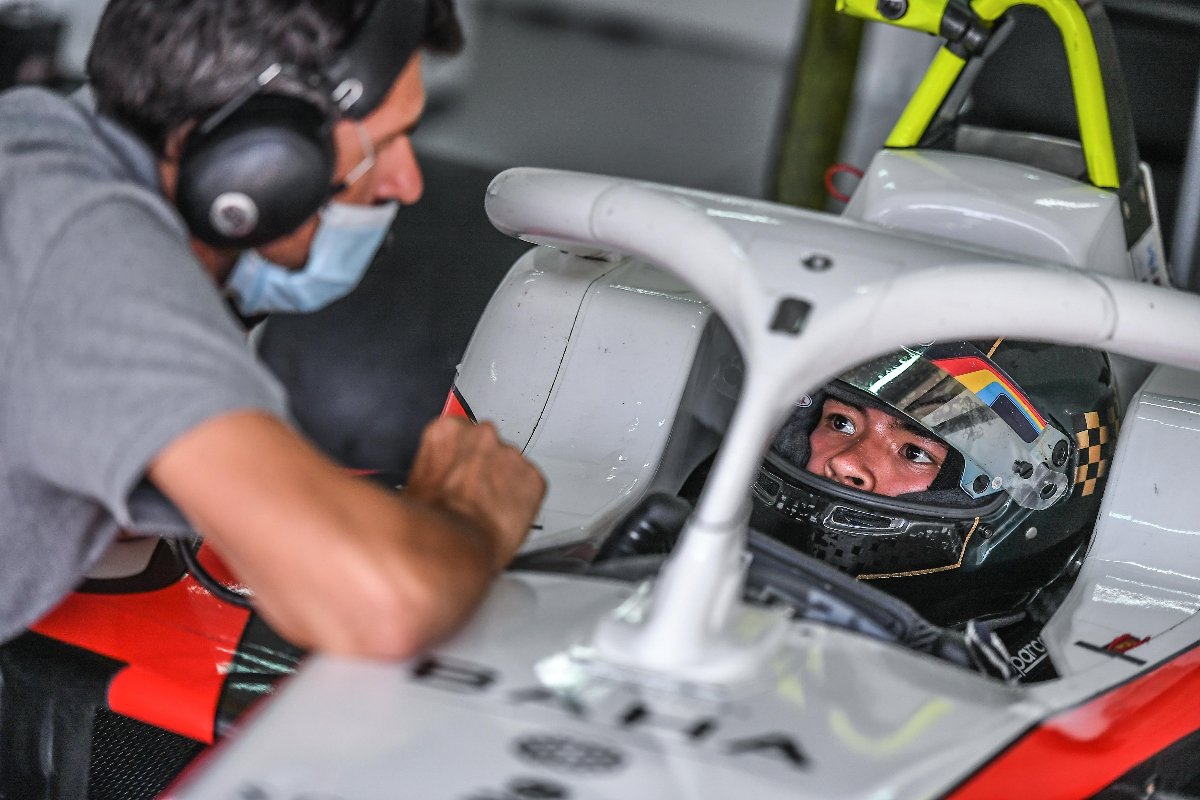 Spanish Formula 4 racer Branden Lee Oxley will follow up his surprise Euroformula debut with a step into BRDC British Formula 3 for the remainder of this season.

The Anglo-Thai is currently in his rookie year in single-seater racing and has three F4 rounds under his belt – with a best finish of 12th – as well as three races in Euroformula with Drivex last weekend that culminated in a sixth place.

He’s set to race in round four of the Spanish F4 season at Motorland Aragon this weekend, and will make his F3 debut next weekend at Snetterton with Chris Dittmann Racing.

“I’m thrilled to be racing in the remaining rounds of the BRDC British F3 championship with Chris Dittmann Racing,” said Oxley.

“I’ve already sampled a race weekend with the team having been at Brands Hatch with them earlier in the year, though Snetterton will be the first time I’ll be driving the car.

“This year is mainly experience and learning for me as it’s my first season in single-seaters, hence I’m doing the remainder of this season in preparation for 2022.

“It will be challenge so I need to get up to speed with the car and myself in order to progress as much as I can. I’ve set my goals high and I’ll be fully focused on achieving them.”

Oxley’s racing experience before this year primarily included karting and a season in TCR touring cars in Spain. As there are no calendar clashes between Spanish F4 and British F3, he could continue his programme in the former.

“We’re really looking forward to welcoming Branden to our team for the rest of the season,” said CDR team principal Chris Dittmann.

“He’s shown a lot of progress in a very limited racing career so far, and the next four events will be a useful exercise for him as he plans ahead for 2022.

“It’s a tough ask to join the series halfway through the season, but he showed in his Euroformula appearance that he can get on the pace with little preparation.

“With our driver development programme, I’m confident he’ll be in the mix come the end of the season.”

Another driver linked to a British F3 move is Formula Ford Festival winner Jonathan Browne, who has teased he has exciting news coming soon after posting pictures of one of Hillspeed’s cars.