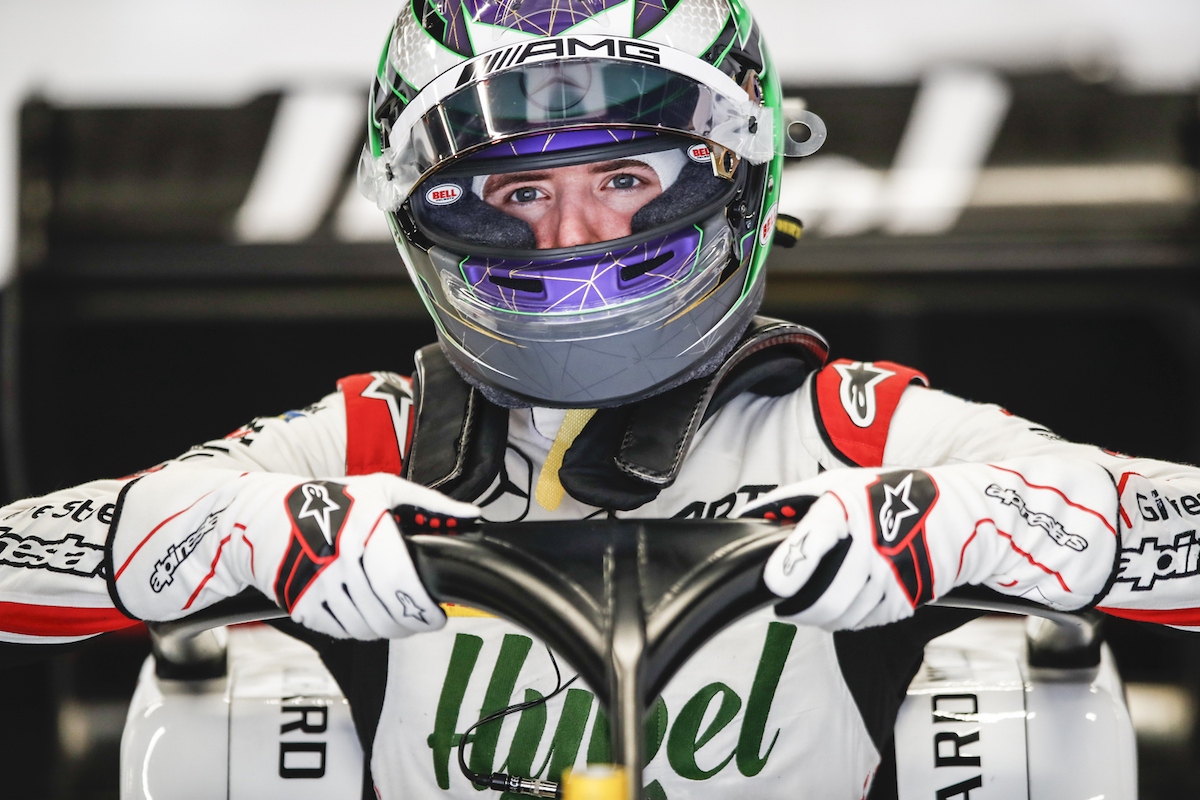 A number of drivers were forced to abort flying laps after coming across a train of several cars in the flowing Turns 12-14 segment towards the conclusion of the session.

This was deemed to be caused by Vesti driving too slowly on a preparation lap, where he was found to have driven slower than his previous efforts.

After examining video and telemetry evidence, the stewards declared: “Towards the end of the qualifying session, car 07 [Vesti] was leading a group of approximately eight cars and starting a push lap.

“From the video, it appeared that car 07 slowed unnecessarily between Turns 12 and 14. The mini segment times were reviewed and compared to previous ‘preparation lap’ times for the same driver and it was found that car 07 was over five seconds slower in these two mini segments alone.

“The driver accepted that he was slower than normal in that area as he tried to prepare his lap.  He also accepted that this action was the cause of the concertina effect behind him leading to some drivers having to abort their lap.

“At the drivers briefing, the Race Director [Michael Masi] specifically referred to the need to avoid driving unnecessarily slowly. The stewards concluded that the driver of car 07 did slow unnecessarily and as such is in breach of Article 27.4.”

In addition to the penalty, Vesti also picked up two penalty points – his first of the 2021 season.

Vesti is currently second in the F3 standings, 41 points behind Dennis Hauger, after winning the last race at the Red Bull Ring.

Trident’s David Schumacher and Prema Racing’s Olli Caldwell were also investigated for a similar infringement but were cleared of wrongdoing.

Race three polesitter Arthur Leclerc will also serve a grid penalty for the first race of the weekend, after picking up a three-place penalty in Austria. The Prema driver will start the first race from 15th.