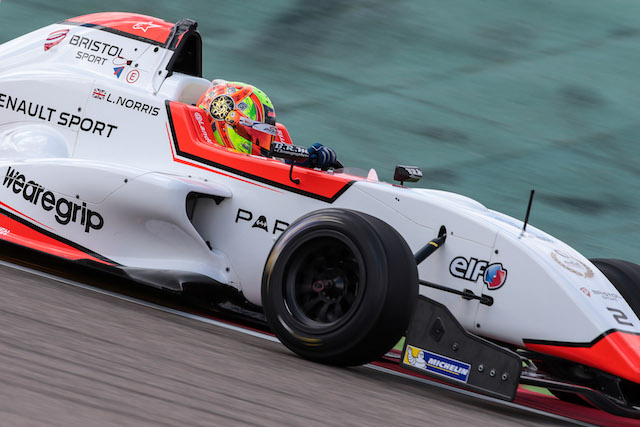 Lando Norris ended his debut Formula Renault weekend with a second win in race three of the Eurocup opener at Aragon.

Starting from pole, the 16-year-old had to see off a mid-race challenge from his weekend rival Max Defourny but was able to pull open a 1.2-second margin again on his way to victory.

Harrison Scott picked up a second straight podium finish ahead of Dorian Boccolacci, while?Nikita Troitskiy was a fine fifth ahead of his Fortec team-mate Bruno Baptista and R-ace GP’s Julien Falchero – with the top seven?finishing in the same order as they started.