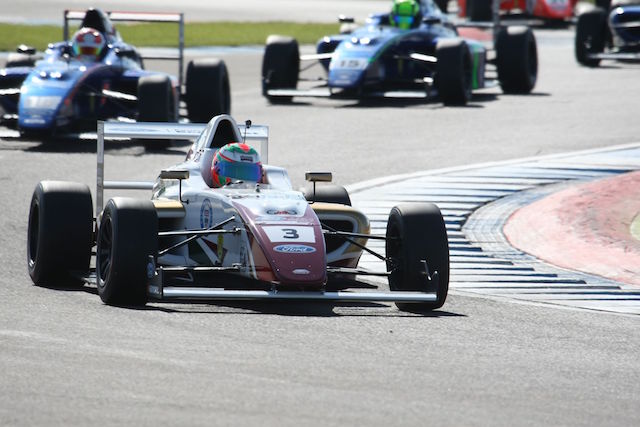 The pole-sitter pulled away after both the start and the restart of a lengthy safety car stint, caused by a collision between Ross Martin and Devlin DeFrancesco.

Championship leader Petru Florescu fell behind James Pull for a couple of laps but the latter was forced to retire in the pits, allowing the Romanian to grab second.

Max Fewtrell brought a second Carlin car to the podium in third with Rafa Martins and Jamie Caroline rounding out the top five.

JHR duo Billy Monger and Jack Butel were sixth and seventh respectively, followed by Jack Martin and race one winner Alex Quinn, the latter recovering from the lower parts of the order after a mistake.

Ginetta Junior graduate Patrik Matthiesen grabbed his first points of the season for both himself and his team Joe Tandy Racing in 10th.