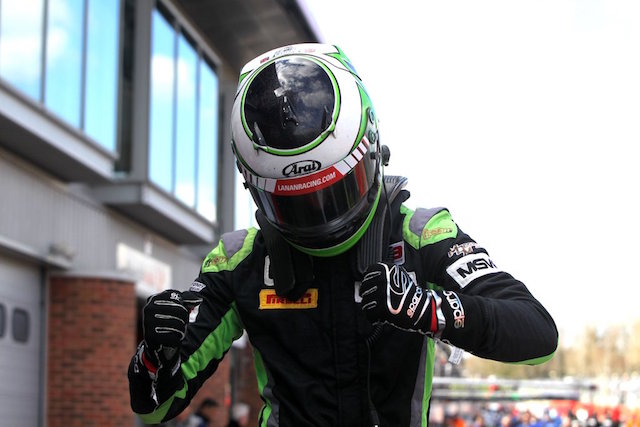 Toby Sowery added to his BRDC British Formula 3 points lead with a maiden victory in the series in race two at Brands Hatch.

From sixth on the reverse grid, Sowery climbed to second through the opening corners and then passed pole-sitter?Enzo Bortoleto?on the Grand Prix loop.

From there, he opened up a nine-second margin on his way to victory as?Tarun Reddy took second away from Bortoleto on lap three.

Race one winner Matheus Leist made contact with Colton Herta at Druids on the first lap, causing the Brazilian to retire.

After pitting, Herta returned to the track and set the fastest lap across the two races, giving the debutant pole for race three.

Having retired from race one, Enaam Ahmed spent the race at the back of the pack but set a good enough time to take second on the grid for the finale ahead of Sowery and Leist.