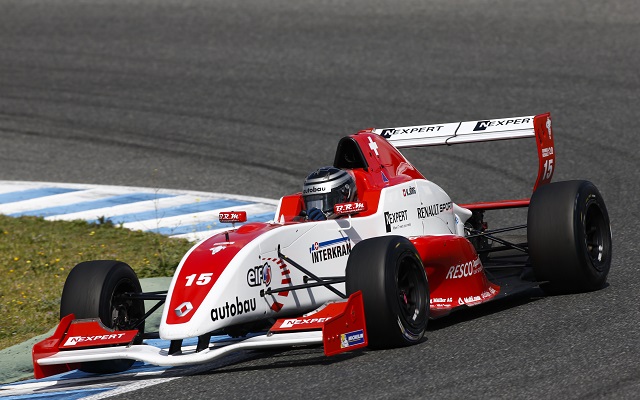 Jorg, who races for Josef Kaufmann Racing and picked up his first podium in the series during the season opener at Aragon, posted his time with six minutes to go in the second session.

Local racer Egor Orudzhev topped the first practice, going 0.007s quicker than Andrea Pizzitola under the checkered flag. The Manor racer had to settle for second, with American Ryan Tveter taking third, less than 0.03s behind.

The second collective test saw all 28 partaking drivers improve on their times from session one and was marked by a flurry of activity in the final minutes.

Koiranen’s de Vries was 1.8 down on Jorg in P2, with Panis picking up third. Orudzhev led teammate Anthoine Hubert in fourth, while Prema’s Bruno Bonifacio was narrowly ahead of Steijn Schothorst in sixth. Tveter, Hans Villemi and O’Keeffe rounded out the top ten.

Both sessions saw the red flag brought out – in practice one, it was due to Hubert going off into the gravel in T10, while in the second session, it was brought out for Parry’s Fortec car stopping in T3.