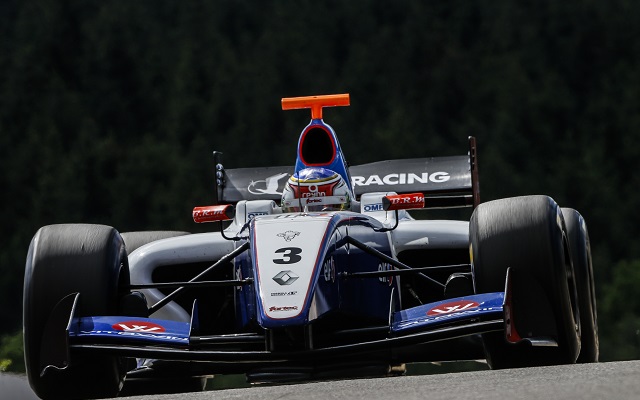 Fortec Motorsports driver Sergey Sirotkin set the pace in the second and final practice session of the Formula Renault 3.5 round at Moscow Raceway.

Sirotkin took over at the top from Lotus man Richie Stanaway in the closing minutes of the session and then found another — tenths on his previous personal best. Shortly thereafter, the session was red-flagged due to Zeta Corse’s Roman Mavlanov stopping in turn two.

Zoel Amberg got up to second place, with Roberto Merhi sneaking into third – both more than half a second adrift of the session benchmark.

Norman Nato took fourth for DAMS with Stanaway having to settle for fifth. Morning pacesetter Will Stevens ended the session in sixth, while compatriot Oliver Rowland was a further 0.05s behind in seventh.