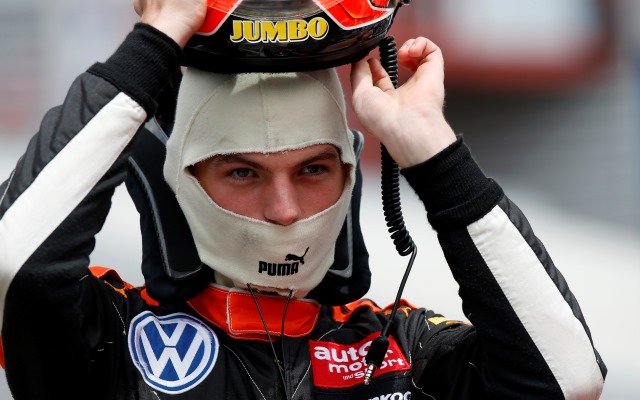 Max Verstappen continued where he left off at Spa a week ago with the quickest time in both Friday free practice sessions in the FIA F3 European Championship round at the Norisring.

The 16-year-old Dutchman, who won all three races in Belgium last weekend, managed a time of 49.029 seconds in the first of the two sessions on the Nuremberg street circuit. He then improved to a 48.387s in the second session.

Mucke Motorsport pair Lucas Auer and Felix Rosenqvist took the fight to Verstappen in the first session, as the only two drivers to get within a tenth of a second of the pacesetter.

Carlin drivers Jordan King and Tom Blomqvist were a quarter of a second adrift in fourth and fifth ahead of Prema rookies Antonio Fuoco and Esteban Ocon. Felix Serralles was eighth, Antonio Giovinazzi ninth and Roy Nissany tenth in the third Mucke entry.

In session two, where every driver improved upon their best time, Blomqvist was the nearest man to Verstappen, 0.085s behind. Auer was third and championship leader Ocon fourth. Fuoco, Serralles, Rosenqvist and Nissany claimed positions five to eight, and were separated by just 0.02s. Jules Szymkowiak was ninth and King tenth.