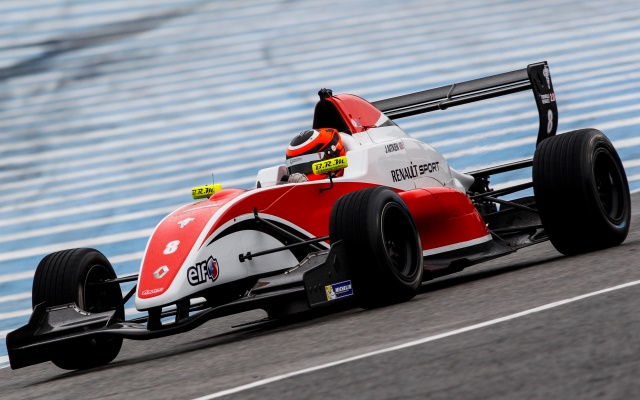 On a damp track, improving conditions meant that the second session was the quicker, and it was Aitken who topped the times with a 2m02.274s.

In an unfamiliar front row, Gustav Malja will start second after topping the earlier group. Row two will consist of Charles Leclerc and Steijn Schothorst, who is yet to score points in the Eurocup this term.

Championship leader Nyck de Vries had to settle for third in his group behind Aitken and Leclerc and will therefore start from fifth, with Koiranen team-mate Ignazio D’Agosto alongside him.

Matt Parry made it three Fortec cars inside the top four in the second session, and he will start seventh ahead of Egor Orudzhev, Bruno Bonifacio and Antoine Hubert.