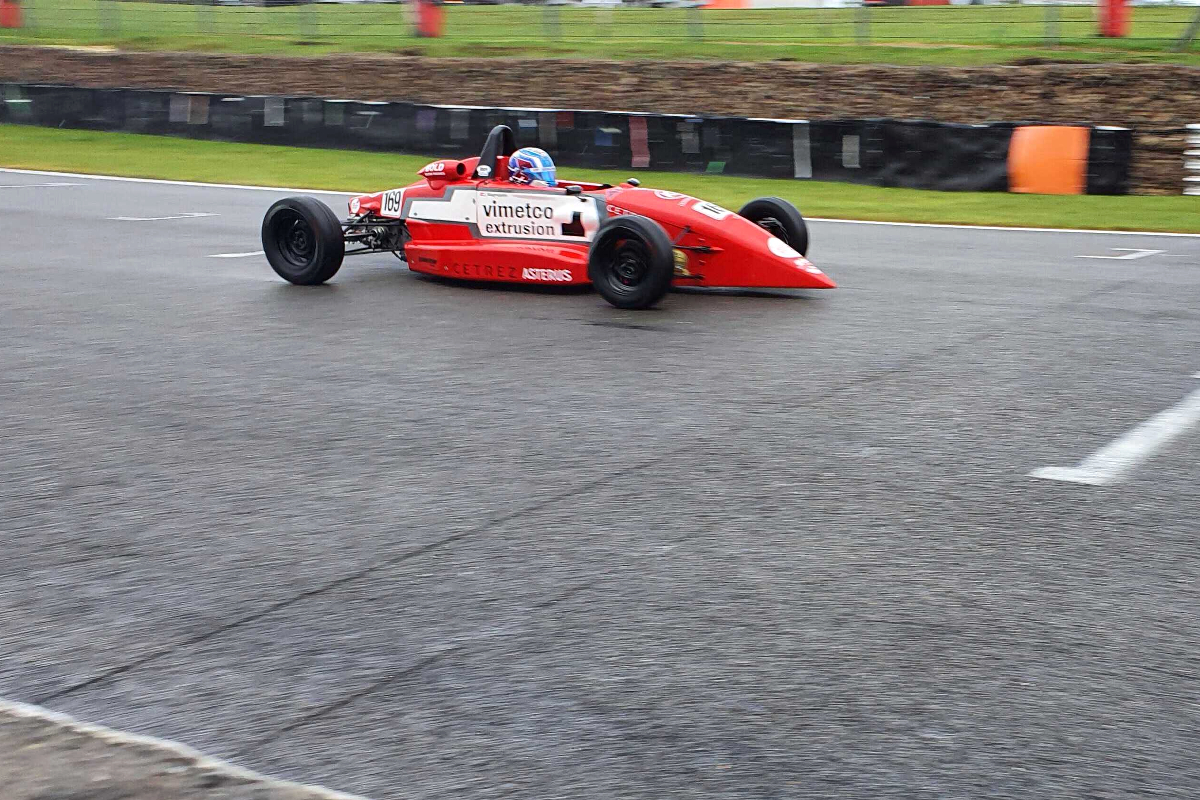 Jan Magnussen marked his return to open-wheel racing at the Formula Ford Festival with a tasty three-car battle en route to fifth in his heat.

The Dane, who last starred in single-seaters way back in 1999 in IndyCar, qualified his Low Dempsey Racing-run Ray GR14 in fifth place, 0.722 seconds slower than the pole time.

He shared the grid’s third row with Kevin Mills Racing’s Megan Gilkes, and ended up battling her and Springbridge Motorsport’s Tom Hawkins through the race. The drama for Magnussen started as soon as he loaded the clutch on the grid.

“Well, it blew up,” Magnussen revealed to Formula Scout. “That’s why I had a bad start. I’ll have new one for the semi-final.

“There were not really [any full send moments]. Obviously to get by I would need to commit, but it wasn’t a full, full, final send. There was a little bit of caution, because it was too early to do something stupid. I’ll save that for the final.”

Gilkes and Hawkins took more risks as they made the most of battling against a former Formula 1 driver.

“I made a good start off the line, but unfortunately had a brake issue. Lost a lot of my front brakes on lap two up until about halfway through the race.

“But they did start to slowly come back to me, and as I got more confident with the brakes I was able to really get stuck in in the battle with those guys. And yeah, to really close in on Jan and finish right up behind him at the end of the race, that was a lot of fun and I think we all enjoyed that. It was a fantastic [battle].”

Were there any full send moments for the W Series race-winner on the way to sixth place? “There were,” Gilkes grinned.

“I got by Tom going into Clearways, and that was a bit of a dive. I sort of had thought about it for a couple of laps, and finally committed to it with two or three laps to go. And made it stick. Then was able to just clear out and go after Jan.”

Hawkins, who came sixth in the Castle Combe FF1600 championship this year, was surprised to find himself fighting Magnussen and finished the heat in seventh.

“I didn’t expect to be battling with Jan this weekend,” he admitted.

“We went wheel-to-wheel into Paddock. I think he got me into Paddock the first time, and then a couple of laps later he had a bad exit out of Clearways and I got a run on him, and I thought: ‘I’m sending this, this is either going past Magnussen or its’s going in the gravel, one of the two’.

“I got him back, and then I think he got me back into Clearways, and then it was just chaos. But I really enjoyed it. i think it’s probably one of the best races I’ve ever had.”