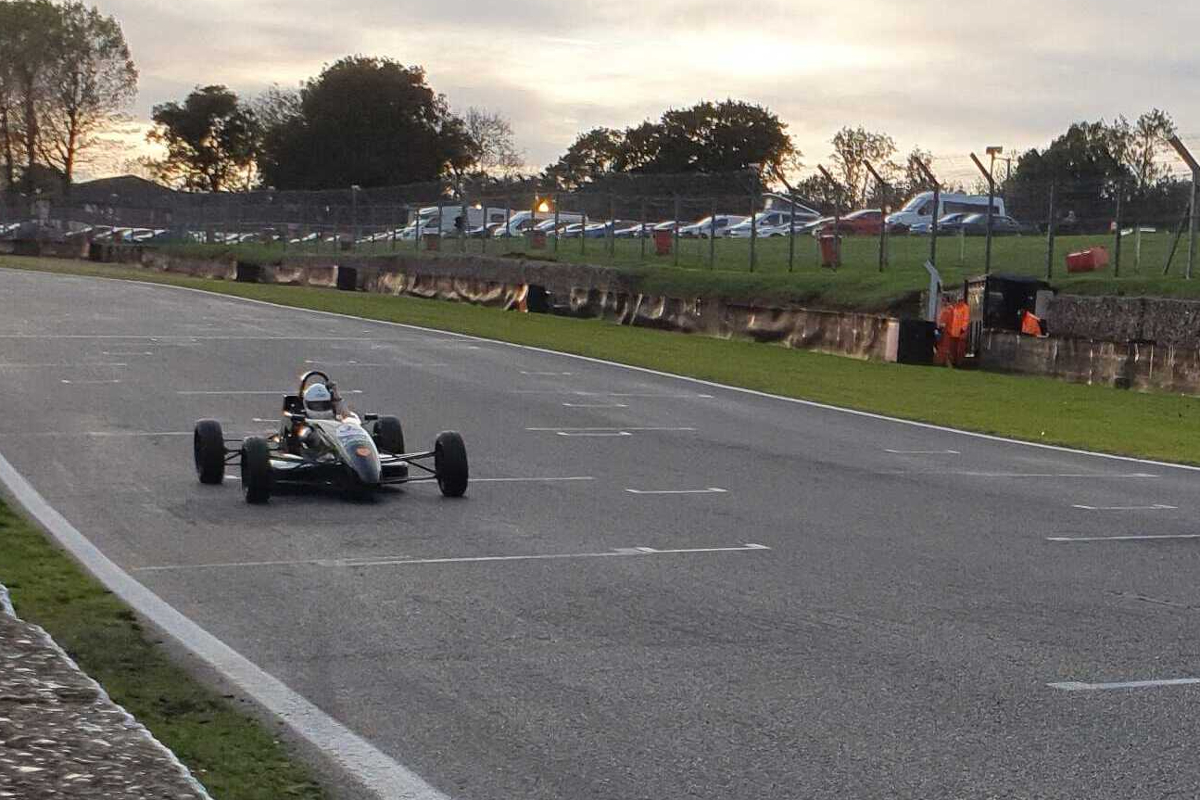 Jack Kemp dominated the second progression race at the Formula Ford Festival as Roberto Moreno’s charge from 20th to ninth was not enough to make the semi-finals.

After starting from pole, Kemp led from start to finish in his Ray GR07 to win by over six seconds.

Vertical Racing’s Robbie Parks fended off a train of cars for second, but an issue with his Ray in the closing stages caused him to slow and miss out on a semi-final berth after dropping to seventh – with a top-six finish required.

Adam Fathers climbed from 16th on the grid to finish second in a Ray GR16, half a second clear of James Hagan, who ran second early on.

After retiring from his in heat in a collision with Lewis Fox, former Formula 1 and IndyCar star Roberto Moreno climbed from 20th to 12th on lap one, but lost several places after taking to the grass to avoid the spinning Adam Higgins at Graham Hill Bend.

Moreno recovered to finish ninth, and will be in action for Snetterton Speed Shop in Sunday’s Historic final.

Brandon McCaughan finished fourth from the back row of the grid in his Hugh Ried Racing-run car, ahead of Enigma Motorsport’s Chris Knox.

Fox, who was disqualified from his heat for punting off Moreno, had to start last but he was able to snatch sixth and a semi-final spot on the final lap from the ailing Parks.

Higgins eventually slowed with a misfire and joined his father Bob in retiring from the race. Jason Down also retired with a suspected misfire while trying to climb from 21st on the grid.

Peter Barrable retired after damaging his suspension on a kerb, as did Heritage FF1600 champion Jonathan Barnes, who did not complete the opening lap.