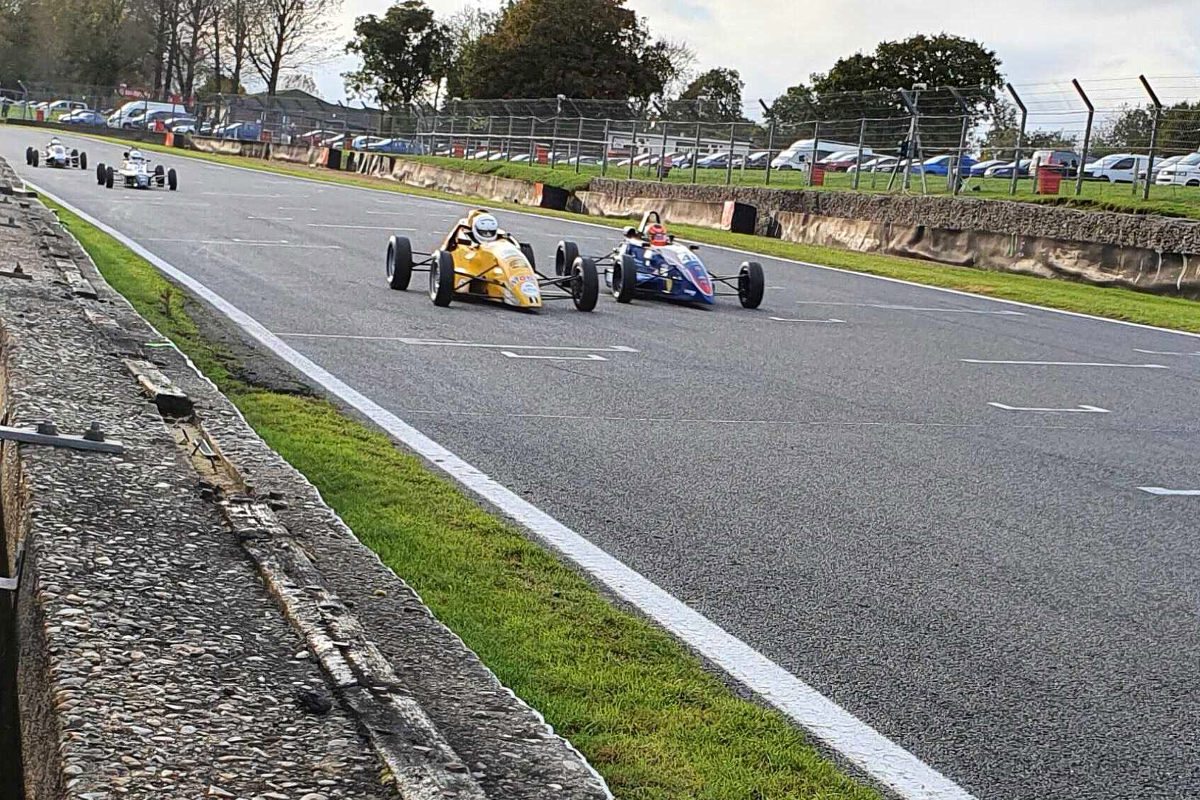 Gray started from 24th after an issue in his heat left him outside of the automatic qualifying spots, but he proved to be by far the quickest car in the first progression race.

He gained a whopping 12 spots on the opening lap, before carving his way up the order and into the top six, which is what is required to make it through to Sunday’s main action.

Gray, Souley Motorsport’s early leader Chris Hodgen and B-M Racing’s Taylor were able to pull away late into the 12-lap race, before Gray picked off Taylor on the penultimate lap and Hodgen on the final lap into Druids.

Such as his raw pace, he was still able to win the race by almost two seconds at the flag.

Long-time leader Hodgen and polesitter Philip Harris both make it through into the semi-finals with their positions, while Leanne McShane made an excellent start, dropped back to sixth early on, and recovered to fourth after misfortune for others.

Dan Rene Larson did get by Hodgen to lead the early stages but picked up damage and lost some straight-line speed. He then eventually ran wide while running in the top six and dropped down to ninth in the end and misses the cut.

FF1600 legend Rick Morris initially looked set to miss out on progression, but the issues for Larsen meant he climbed back into the top six. He was eventually classified fifth after Taylor, who was third on the road, was given a five-second time penalty for exceeding track limits.

That dropped him to seventh and gives Thruxton circuit manager Pat Blakeney the final semi-final spot.

Further back, Robert Higgins finished eighth while Shaun Macklin rounded out the top 10 behind Larsen.