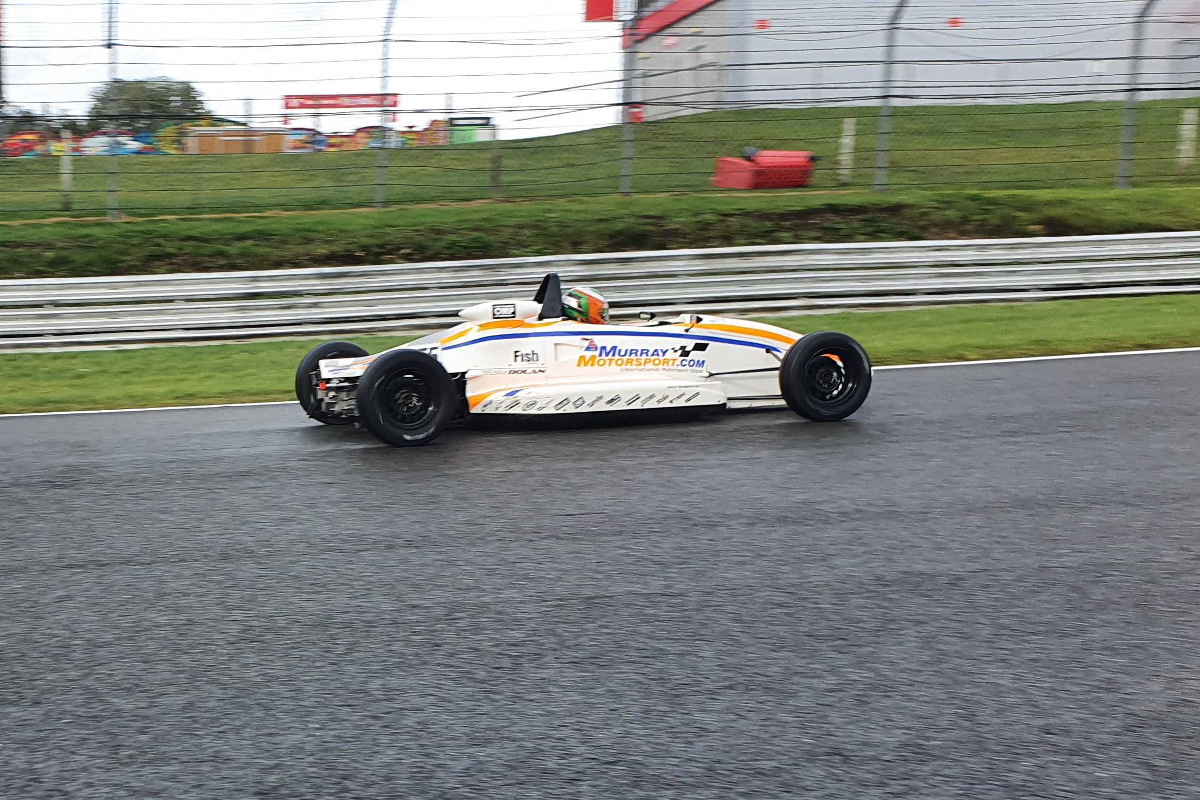 Rory Smith, the defending winner, initially got away well from pole but ran wide on the exit of Druids on lap one and dropped to fourth place behind Murray, Kevin Mills Racing’s Neil Maclennan and Ivor McCullough.

Murray then was able to pull away from Maclennan and completely dominate the 12-lap race, which proved to be the fastest of the four heats in easily the best conditions of the day so far.

He was able to open up a gap of 3.586 seconds and take the victory ahead of 2020 National FF1600 champion Maclennan and Smith.

B-M Racing’s Smith was able to get ahead of Team DDR’s McCullough but couldn’t close up to Maclennan at the end.

McCullough finished what became a relatively lonely fourth, as a gap emerged between himself and 1992 Festival winner Jan Magnussen who came out on top of a brilliant battle with W Series race-winner Megan Gilkes and Tom Hawkins for fifth place. It was Magnussen’s first single-seater race this century, and his first FF1600 start (and it was a slow launch with no standing practice in pre-event testing) since his 1992 win.

United States Formula 4 runner Jeremy Fairbairn was able to recover after a difficult qualifying to automatically qualify for the semi-finals, and Souley Motorsport’s Chris Acton also went on a recovery drive to take the crucial 12th position after running in the top eight and losing spots late on.