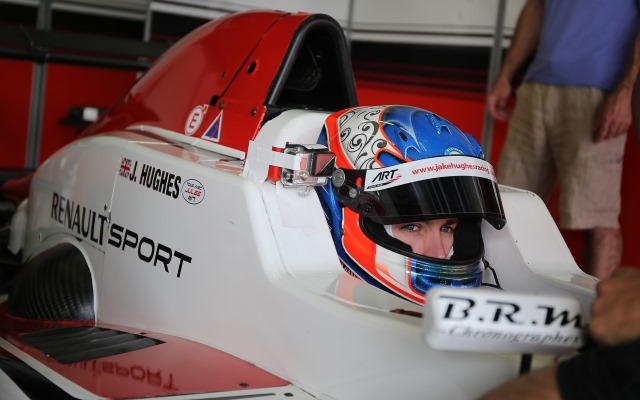 Although the majority of seats were given over to rookies, it was established Formula Renault 2.0 racers who led the way, one day after the final race of the season at the Spanish circuit.

2013 BRDC F4 champion Hughes was in action with the ART Junior Team with whom he contested the final two NEC rounds and posted the fastest time of the day in the morning session.

The best of the FR2.0 newcomers was Patricio O’Ward, fresh from a French F4 podium on Saturday, for AVF. NEC runner-up Louis Deletraz was fifth for his regular team Josef Kaufmann Racing, ahead of Formula Renault 1.6 NEC driver Max Defourny (ART).

Driving for Manor MP, Morris achieved the second best time of the day to top the afternoon session. Three drivers got to within a tenth of Morris in that session – his former BRDC F4 rival Hughes, Eurocup runner-up Dennis Olsen (who joined the test in the afternoon with Strakka) and Deletraz.

Fifth was O’Keeffe ahead of his Prema and Enstone stable-mate Boccolacci, who posted the day’s best time for an FR2.0 newcomer ahead of another his French F4 competitors, Australian Joseph Mawson (Fortec).