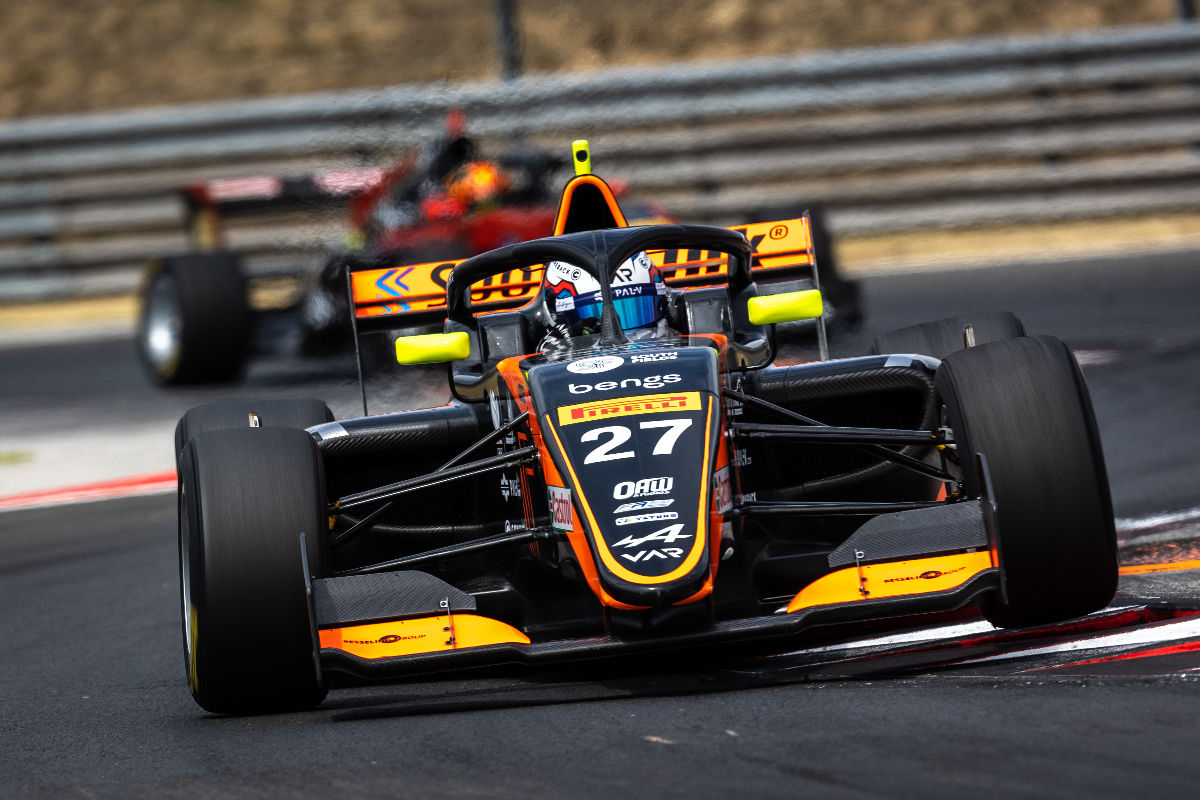 Kas Haverkort took his maiden Formula Regional European Championship pole position at the Hungaroring in qualifying for race one.

Championship leader Dino Beganovic struggled to match Haverkort’s pace in Group A and could only place sixth in their group with a late improvement, putting him 11th on the grid.

His main title rival Paul Aron topped Group B, and the Prema driver will start second.

The top spot in both groups changed hands multiple times as laptimes timbled. Haverkort initially set Group A’s pace but was knocked off the top spot by Gabriele Mini. The two swapped positions twice more, with Mini becoming the first driver this weekend to set a sub-1m39s lap.

Haverkort then put in his quickest time, a 1m38.655s lap that earned him pole. Mini could not respond, and remained 0.236 seconds back.

Joshua Dufek was one of the last drivers across the line after the chequered flag and he improved on his final lap to jump to third place, 0.454s off his team-mate. Trident duo Leonardo Fornaroli and Tim Tramnitz completed the group’s top five.

The top spot changed hands even more times in Group B. Aron started the session ahead, then was first toppled by R-ace GP’s Hadrien David, whose team-mate Gabriel Bortoleto and Trident Roman Bilinski also took turns at the top before Aron set a 1m38.905s.

Aron couldn’t improve on that laptime, and it could not deny Haverkort pole, but it was good enough to end his group on top.

A late flying lap from Sebastian Montoya put him sixth, meaning he will start alongside team-mate Begnavic on the grid.