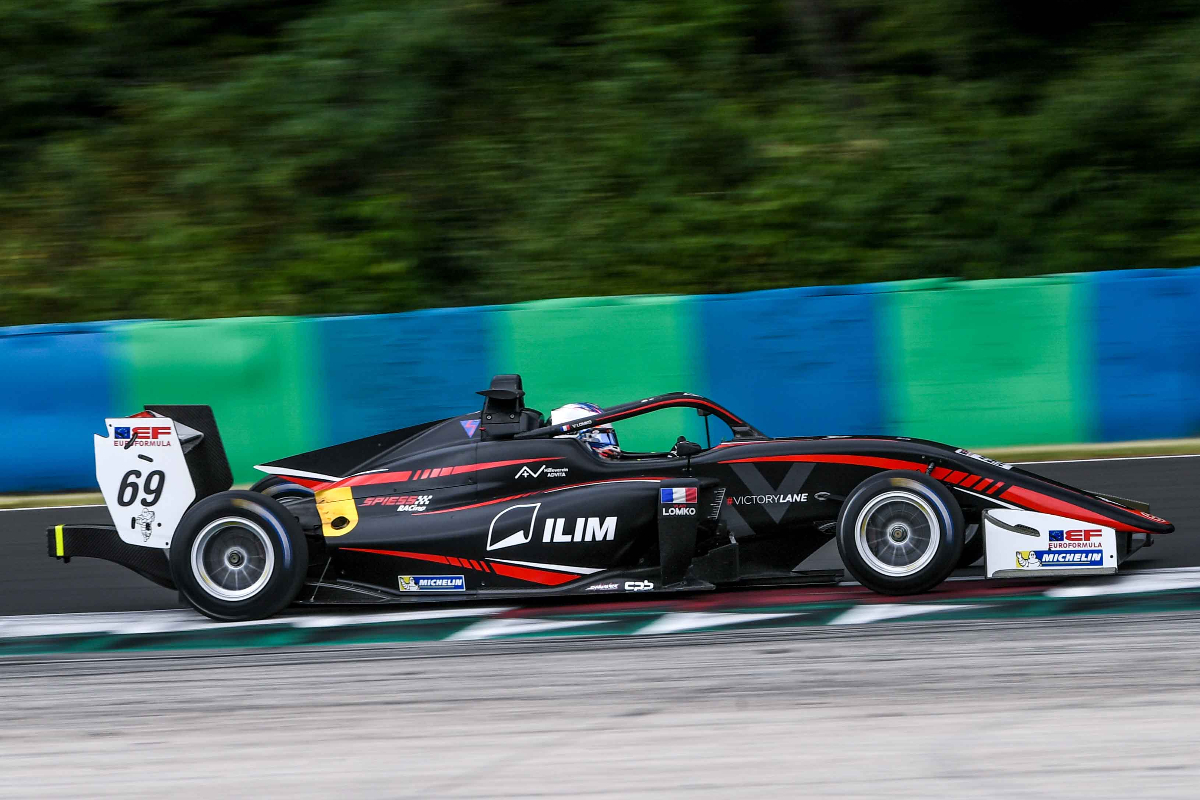 CryptoTower Racing Team’s Vlad Lomko claimed his maiden Euroformula pole at the Hungaroring as several rivals were caught out by track limits.

Points leader Oliver Goethe had disputed top spot with Lomko through free practice and did the same through the first run in qualifying, and was on provisional pole with a minute of qualifying to go having set a 1m34.164s lap.

That left him time for only one more lap and he improved to a 1m34.052s, but like two of his previous efforts it was deleted for violating track limits at turn five.

Lomko meanwhile improved to 1m33.972s and has no such worries about the white lines bordering the track, and it looked like Goethe would be alongside him on the front row until his team-mate Frederick Lubin surprised with his final lap and went second fastest, just 0.080 seconds off pole.

CryptoTower’s Josh Mason was late out of the pits but found clear air on his runs and capitalised to qualify fourth on a high-downforce track, while his team-mate and Goethe’s main title rival Christian Mansell could only reach sixth place behind Drivex School’s returnee Ayrton Simmons. He was the first on track and set the most laps, but had several deleted over track limits.

Similarly, BVM Racing’s Francesco Simonazzi had the pace to fight further up the order but repeated track limits violations left him down in seventh, ahead of Motopark’s Alex Garcia and Drivex’s debutant Benjamin Berta who was 1.231s off the pace in his first qualifying appearance.