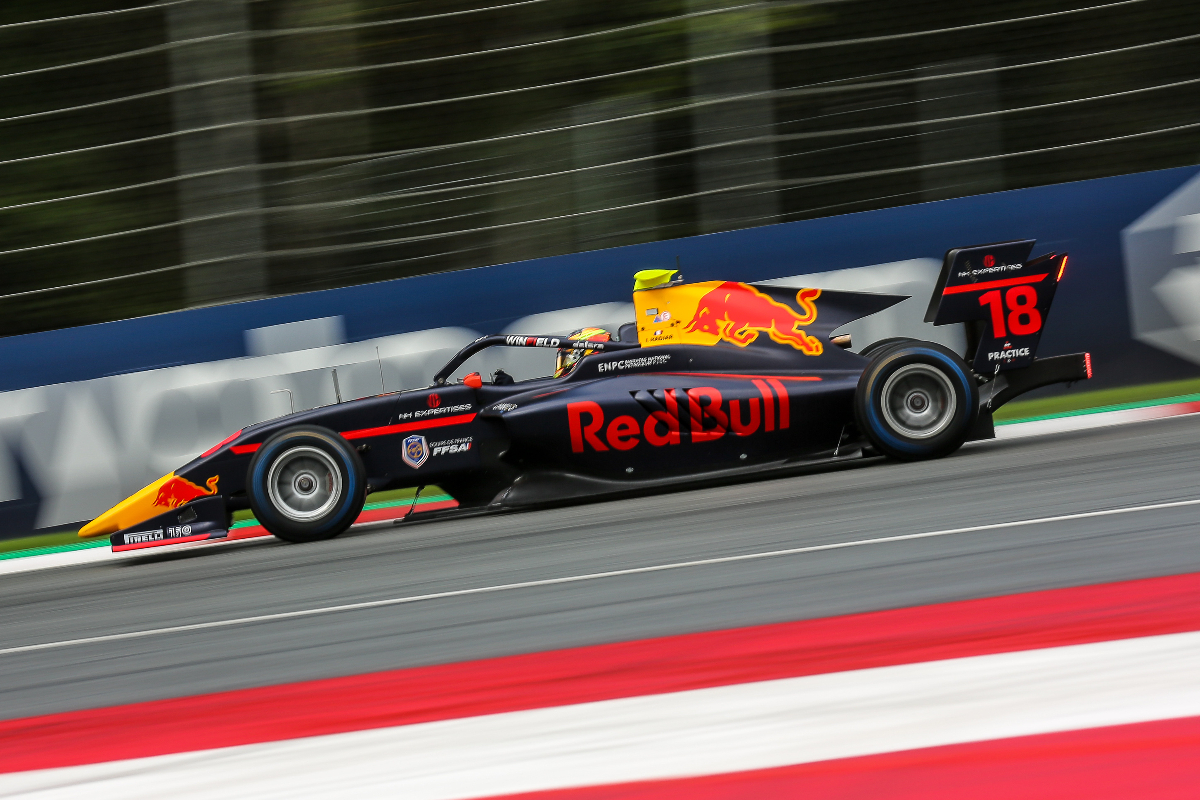 Isack Hadjar has jointly attributed his first FIA Formula 3 Championship pole to a personal performance milestone but also “luck” in qualifying at the Red Bull Ring.

The Hitech GP driver was top of the times when qualifying was ended early by red flags, preventing anyone from outdoing his benchmark lap, and he also had cleaner air on track than most during his second qualifying run.

In the post-qualifying press conference Hadjar was asked if there had been any changes behind the scenes that led to the breakthrough result, with his average qualifying position having previously been 7.25 and with a high of fourth place.

“It’s the first time this year I really put it all together,” he said. “We always had a car for pole [this year], except for Imola.

“But clearly it’s the first time I don’t feel really frustrated, and the team again gave me a really good car. They are making so much progress every race, and we are going in the right direction in qualifying and if I can change a bit my mind, my mentality, so it was really focused on giving it everything on those last two laps and it went really well.”

When pressed on what was key to his Friday performance, Hadjar admitted “luck was the main factor today”.

“We don’t really predict anything, you really depend on so many factors, it’s quite crazy. Today I was lucky, but I have to say that when you have clean air, your tyres are there, you need to put a lap together, then I think that’s where also you make the difference. It was a tough track to spend a qualifying session, but I think there is Monza at the end of the year it’s going to be even crazier. Not looking forward to doing Monza.”

“Today the key was the track position, how you manage the situation, how you get the tyres in the window, and also to put the lap together,” said Martins.

“And as Isack said, a bit of luck, because on my side I was a bit unfortunate with the red flag, but we couldn’t do anything because I was at the back of the field. A bit of everything. Every time when you get the pole, it’s every detail that counts and they all need to be in place with each other. Today what I’ve missed was a bit of luck for example.”

Bearman added: “Yeah, I agree. Luck was pretty much not on our side. It was really important to get the lap in the first run as well. For both of us [behind Hadjar], the lap from the first run was the one that stood. It was really important to just do a clean lap and not do track limits or anything. And obviously the red flag could have not come out…”