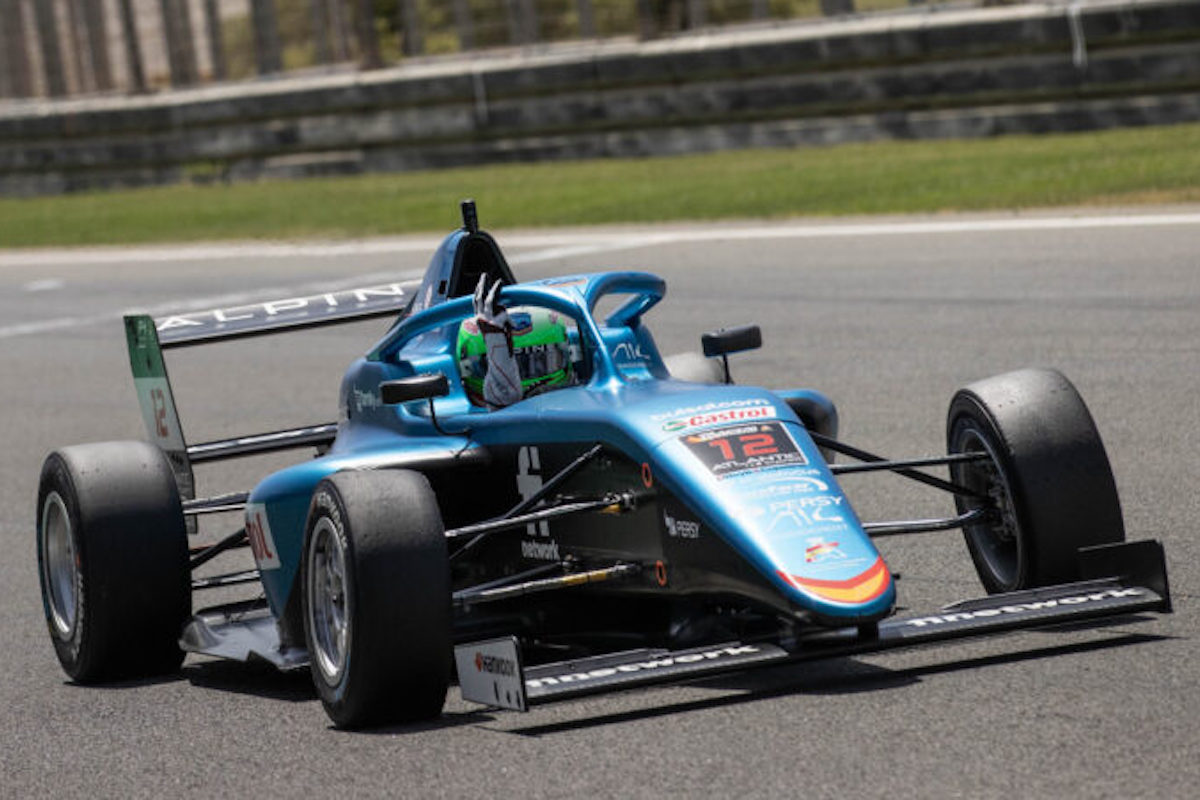 Spanish Formula 4’s points leader Nikola Tsolov took his sixth win in a row in the first race of the weekend at Spa-Francorchamps.

The Campos Racing driver started from pole, ahead of MP Motorsport’s Kirill Smal, Campos team-mate Hugh Barter and MP’s Valerio Rinicella on the front two rows of the grid.

Smal dropped behind the row two starters in the first moments of the race, then Barer passed Tsolov at Les Combes before a crash at the next corner between Max Arkhangelskiy and Max Mayer that sent both into retirement and brought out the safety car.

Racing resumed on lap four, and Barter held on to the lead for a lap before Tsolov slipstreamed past him at the end of the Kemmel Straight. A spin for Tsolov’s main title rival Timoteusz Kucharczyk then led to the safety car being called out for a second time on that lap, and so Tsolov sat in the lead until the next restart on lap seven.

This time Rinicella was the driver on the attack, passing Barter on the restart lap and then getting ahead of Tsolov down the Kemmel. He immediately got defensive once the move was done, but with some of the straight still to go it meant Tsolov could make use of the slipstream of the new leader and he dived down the inside of Rinicella at Les Combes in a brilliant move to reclaim first place.

Due to the lengthy safety car periods there was only one more lap after that, and Tsolov took the win to extend his points lead.

Rinicella was demoted back to third on the final lap as Barter passed him down the Kemmel, and Smal held on to fourth ahead of Campos’s Georg Kelstrup and Monlau Motorsport’s Robert de Haan.

Global Racing Service’s series debutant Marcos Flack retired on lap two after stopping his car at the side of the track, and MP’s Miron Pingasov ended his race in the pits without a rear wing.

The debuting Sainteloc Racing team finished 24th and last with its driver Theophile Nael, who was also making his single-seater debut.