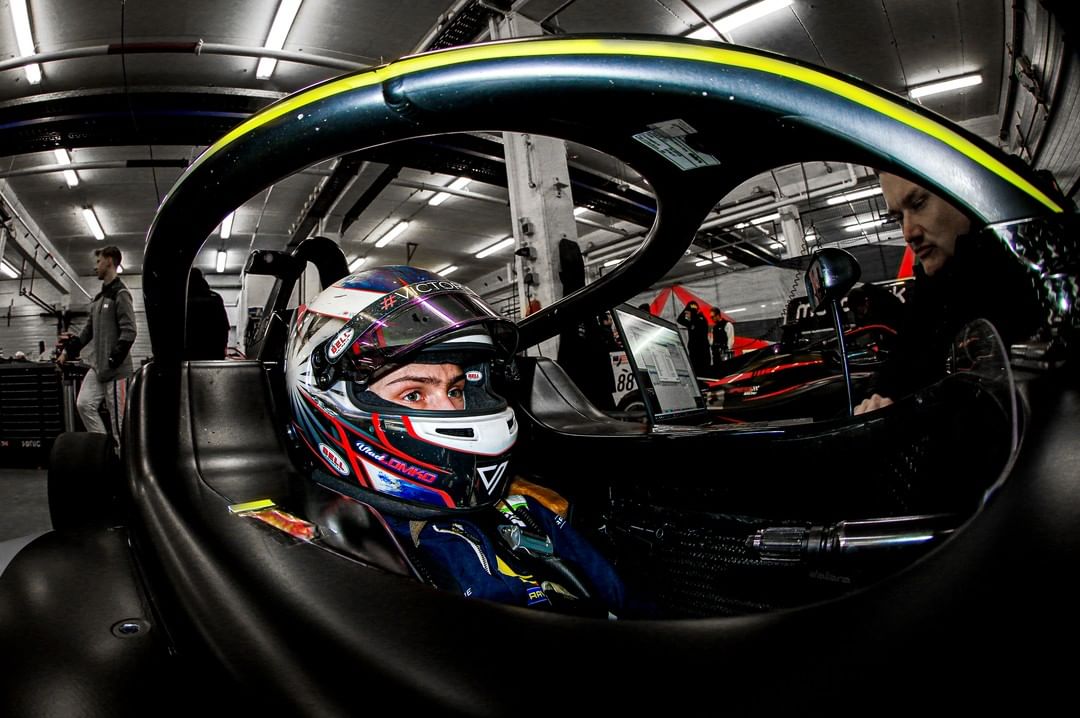 The CryptoTower Racing Team driver had the returning combination of Ayrton Simmons and Drivex School to contend with initially in FP1, with Simmons setting the early pace with a 1m37.790s lap.

Points leader Goethe brought the pace down to 1m36.331s, then late in the session Lomko finally took first place with a 1m35.720s. Goethe was only 0.087 seconds slower, and Simmons was 0.474s back in third place.

The debuting Benjamin Berta was 1.142s off the pace in eighth place, while BVM Racing’s Francesco Simonazzi only went out for two laps and Effective Racing’s Vladimir Netusil didn’t run at all.

Lomko’s team-mate Christian Mansell was on top through the first half of FP2, while Goethe bided his team before leaving the pits but used a clear track to quickly occupy first place.

Lomko was marginally slower, and then both were bettered by Simmons. With 11 minutes to go an improvement from Goethe put him back into first place by just under a tenth of a second, and he went even faster after that but so did Lomko and with his penultimate effort he set a 1m34.601s to put himself 0.109s ahead.

Mansell was over half a second back in third, with Frederick Lubin and Simmons the only other drivers within a second of the pace as many drivers had laptimes deleted for track limits violations.

This time Simonazzi and Netusil did participate fully, although Simonazzi was a serial track limits offender.