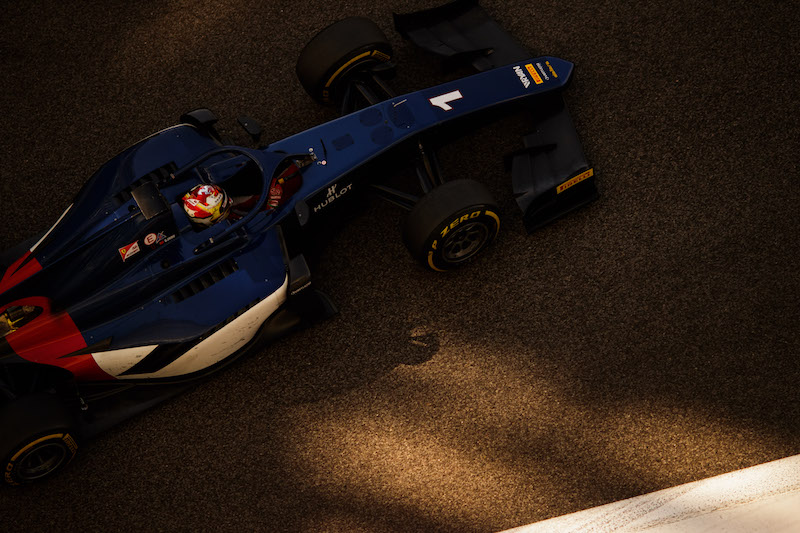 Guanyu Zhou will step up to Formula 2 in 2019 with UNI-Virtuosi Racing, the new entry formed out of the former Russian Time operation.

The Chinese driver has spent the last three seasons in European Formula 3, winning twice and finishing eighth in the standings in 2018 while driving for Prema.

His move to F2 will come with the British-based Virtuosi team, which ran Russian Time from 2015 onwards and will continue to operate under a new name following the departure of Artem Markelov from the series.

“I?m extremely happy to be joining UNI-Virtuosi racing for next season,” said Zhou.

“The Abu Dhabi test was very positive and I am ready to have a good strong year with such a professional team.”

Team co-owner Andy Roche added: “We?re very happy to welcome Guanyu to our team and we are looking forward to working with him.

He is a very talented driver and rapidly got to grips with the F2 car. The championship is extremely tough and we feel Guan Yu has the talent to progress quickly and have a very strong competitive year with us.”

Zhou has been part of the Ferrari Driver Academy since karting. There is no indication as to whether or not that relationship will continue in 2019, but he did continue to sport the scheme’s branding last week.