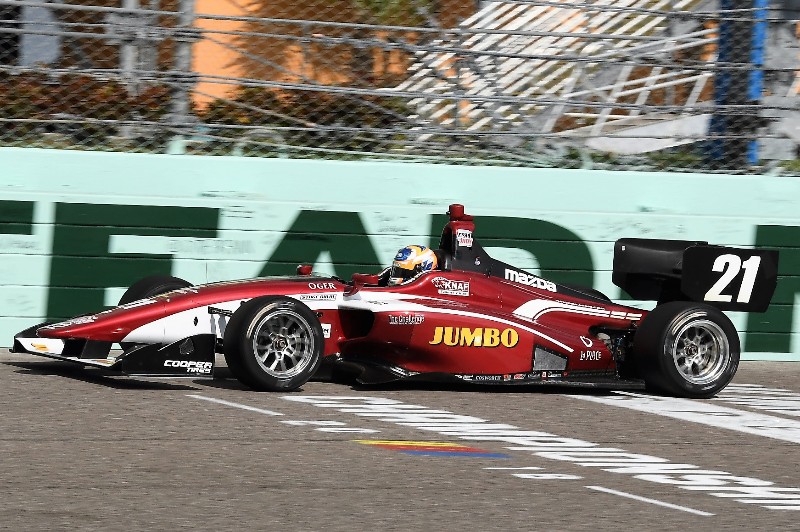 The Dutchman continued his partnership with Juncos Racing, and topped the last of the four sessions held at the track before a storm reached the Florida circuit.

The times at the top were extremely close, with all five of the drivers present covered by just over a tenth of a second. VeeKay’s gap at the top was a scant 0.0230s over fellow Pro Mazda graduate David Malukas. The 17-year-old topped two of the sessions for BN Racing, which joined USF2000 midway through 2017 and will be expanding into Indy Lights next year.

Andretti Autosport team-mates Julien Falchero and Ryan Norman were third and fourth fastest, with Indy Lights returnee Norman topping the second session and Falchero making his Indy Lights testing debut after a season in GP3 in which he scored no points.

Zachary Claman DeMelo, who finished fifth in Indy Lights in 2017 and raced in IndyCar this year, returned to the championship with Belardi Auto Racing and was the slowest of the five drivers.

Australian Formula Ford champion Hunter McElrea followed up his star performance at the Chris Griffis Test by topping the USF2000 classification for Pabst Racing. Second fastest was Australian FFord Cameron Shields, who was just 0.0479s behind for Cape Motorsports.