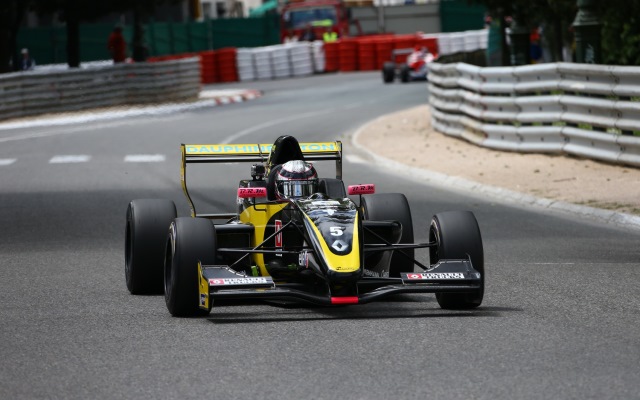 The field of 24 cars was split into two groups for practice around the twisty street circuit, with each group getting 50 minutes out on track.

Gachet, who sits second in the standings after a pair of podiums at the opening round at Imola last month, went quickest in the first session, for Group B.

The ARTA Engineering driver was over half a second ahead of Matevos Isaakyan, with Akash Nandy, Martin Kodric and Charles Leclerc completing the top five runners in Group B.

Formula Abarth champion Alessio Rovera topped the times in Group A, nearly a tenth off the earlier pace of Gachet.

George Russell, the rookie who sits third in the standings, was three tenths further behind in second, with his Koiranen team-mate de Vries finishing up third. His error brought out the red flags and ended his session early, having just completed nine laps to Russell’s eventual 31.