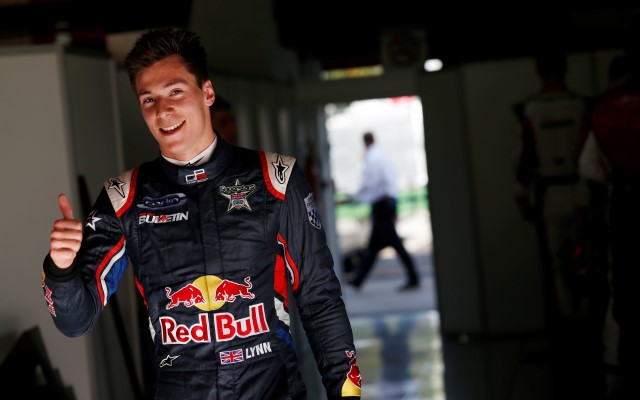 GP3 newcomer Alex Lynn backed up his status as pre-season favourite by claiming pole position for the first race of the year in Barcelona.

The winter recruit to the Red Bull Junior Team was lurking behind top spot for much of the session as German F3 Marvin Kirchhofer led the way. Lynn was able to improve with a few minutes left on the clock and claim top spot, with none of the other leading drivers able to improve late on.

Dino Zamparelli was in the mix throughout the session and ended up sixth ahead of Lynn’s Carlin team-mate Emil Bernstorff, while Alex Fontana ensured all three ART cars were in the top eight.

Jenzer Motorsport duo Pal Varhaug and Matheo Tuscher completed the top ten. Expected contender Nick Yelloly was 11th ahead of Patric Niederhauser, who stopped on track after the chequered flag, and Dean Stoneman, who had a high-speed spin at Campsa late on.