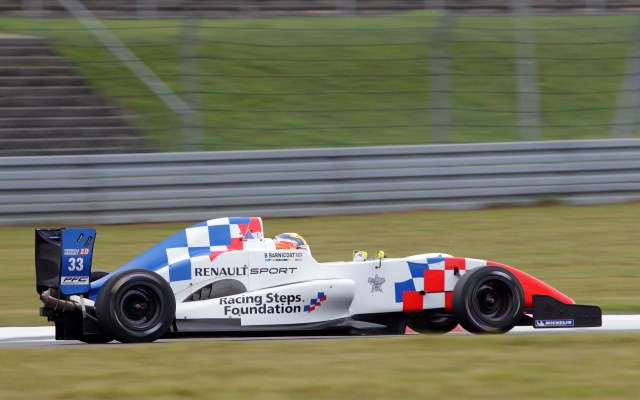 Ben Barnicoat has become the 2014 Formula Renault 2.0 NEC champion after the last race of the season at the Nurburgring was cancelled.

In the early morning, there was heavy fog at the top of the circuit, causing the start to be delayed. However, when fifteen minutes later rain also arrived, the organizers were forced to cancel the race because of time constraints on the Blancpain Endurance Series weekend.

Having been leading the championship by 16 points, this allowed Barnicoat to take the title in an unusual way. The Briton had been due to start in 15th place on the grid for the final race.

Louis Deletraz had to settle with second, while there was a tie in the points between Seb Morris and Steijn Schothorst?for third. However, as Morris had two wins throughout the season, compared to Schothorst’s one victory, the Welshman ended the season in third.

This is the second Formula Renault NEC race to be cancelled in the last two weekends. In the penultimate round at Most, the finale race was also postponed due to heavy rain, but this race was later held on the Friday at Nurburgring.