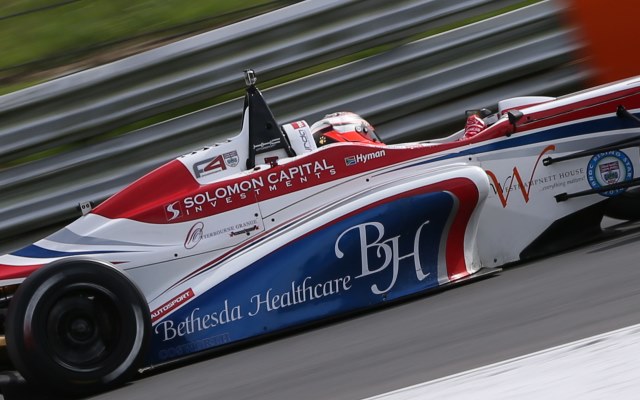 Raoul Hyman boosted his BRDC F4 title hopes with his third win of the campaign in race two at Donington Park.

In a chaotic opening phase of the race, Hyman moved to the head of the field on lap three, quickly opened up a comfortable margin over the rest of the field and won by just under five seconds to take his first victory since round two in May.

But Eastwood then spun on lap three and fell to tenth, promoting Hyman into the lead while Will Palmer moved up from fifth to second. Menchaca took third ahead of Arjun Maini and Struan Moore.

In the standings, Russell’s lead has come down from 17 to 14 over Maini, with Hyman jumping back up to third, now just a further three behind.

Those three will start in the same order at the head of the grid for race three, courtesy of their fastest laps from the two races so far.