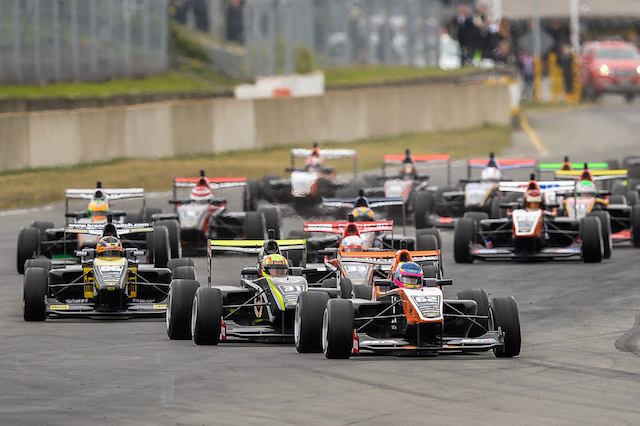 Enaam Ahmed,?Thomas Randle and a pair of French karting graduates are among the drivers featuring in?the finalised field for the 2017 Toyota Racing Series, which gets underway next month.

Sixteen-year-old Ahmed, who has spent seasons in Formula 4 and BRDC British Formula 3 since winning the world junior karting title in 2014, will line up for Giles Motorsport.

German-American Andres, 16, contested the Macau Grand Prix last month ahead of a possible step up from Euroformula Open to European F3 for 2017. Hayek has finished fourth in his native Australian F4 series in the past two seasons, beginning the 2016 campaign late after starting out in the British equivalent, while Hahn has already been confirmed for Euroformula Open next year following two seasons?in Brazilian F3.

Simmenauer, who has been testing ahead of a planned step up to Formula Renault next season, competed in 2016 for the same Tony Kart outfit as new Ferrari signing?Marcus Armstrong, who is also part of the M2 line-up alongside returning drivers?Jehan Daruvala,?Ferdinand Habsburg,?Pedro Piquet and?Kami Laliberte.

Australian Randle – who came fourth in BRDC British F3 in 2016 – will drive for Victory Motor Racing, the team with which he contested the 2016?New Zealand Grand Prix meeting after doing the full 2015 campaign with ETEC Motorsport.

Indian Vaidyanathan contested Euroformula Open and BRDC British F3 with Carlin in 2016, while Neubauer is confirmed for Formula Renault in 2017 with Tech 1 Racing after stepping up from karts.

Enders contested the Pro Mazda finale and will race in USF2000 next season under the wing of?ex-Champ Car racer David Martinez, who has sent Alfonso Celis, Will Owen and Theo Bean to TRS in recent years.

Mick Schumacher’s step up to F3 with Prema confirmed