Mick Schumacher’s step up to F3 with Prema confirmed 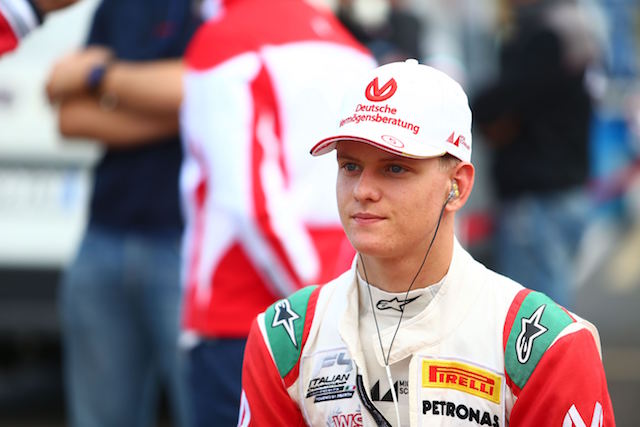 Mick Schumacher will step up to the FIA Formula 3 European Championship next year with Prema, it has been confirmed.

He joined?Italian outfit Prema for the second of those campaigns and finished as runner-up in both the German ADAC and Italian series, scoring 10 wins.

He joins Callum Ilott and Guan Yu Zhou with confirmed places in Prema’s F3 line-up for next season, with 2016 runner-up?Maximilian Gunther expected to return for another season with?the Mercedes-powered team.

?F3 will be the ideal step for me to make, and I am totally fired up for the new year to start,” said Schumacher, who will turn 18 in March.

“I am also really happy about staying with Prema, because this is such a professional team and I will again be able to learn a lot.

“The next season will surely be challenging, but the tests we?ve been doing in the past weeks proved the F3 car is extremely fun to drive. I can?t wait for 2017 to begin.”

“Not only he is a skilled driver, he is a great guy and already showed he has all what it takes to be a top all-round professional.

“Debuting in a challenging series like the FIA F.3 European Championship is not going to be easy, but we will be 100 percent behind Mick to help him keep impressing as he did this year.”