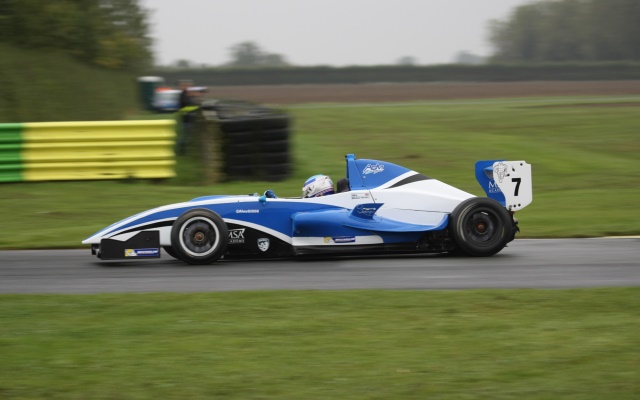 Matteo Ferrer and Alex Gill beat runaway Protyre Formula Renault leader Pietro Fittipaldi to the two pole positions on offer in qualifying at the penultimate round at Croft.

In the dry first session on Saturday morning – where the best laps were set in the middle of the session – Ferrer claimed his fifth pole position of the season as he defeated MGR team-mate Fittipaldi by 0.039 seconds, setting a time of 1m20.696s.

Gill’s pole-time in the afternoon was eight seconds down in damp conditions. His last three laps were all good enough to top the times, and he was 0.375s ahead of second-place Fittipaldi.

Fischer came close to matching Fittipaldi late on as he took third, ahead of Hickin, Dussault, Noble and Reddy. Ferrer only completed one lap before stopping on track, leaving him eighth ahead of Butel.

Eight straight victories have given Fittipaldi a 70-point in the standings over Ferrer, although the need for each driver to drop their worst score reduces that gap to 54 over Gill, who drops a non-finish. 136 points are left up for grabs from the final four races.