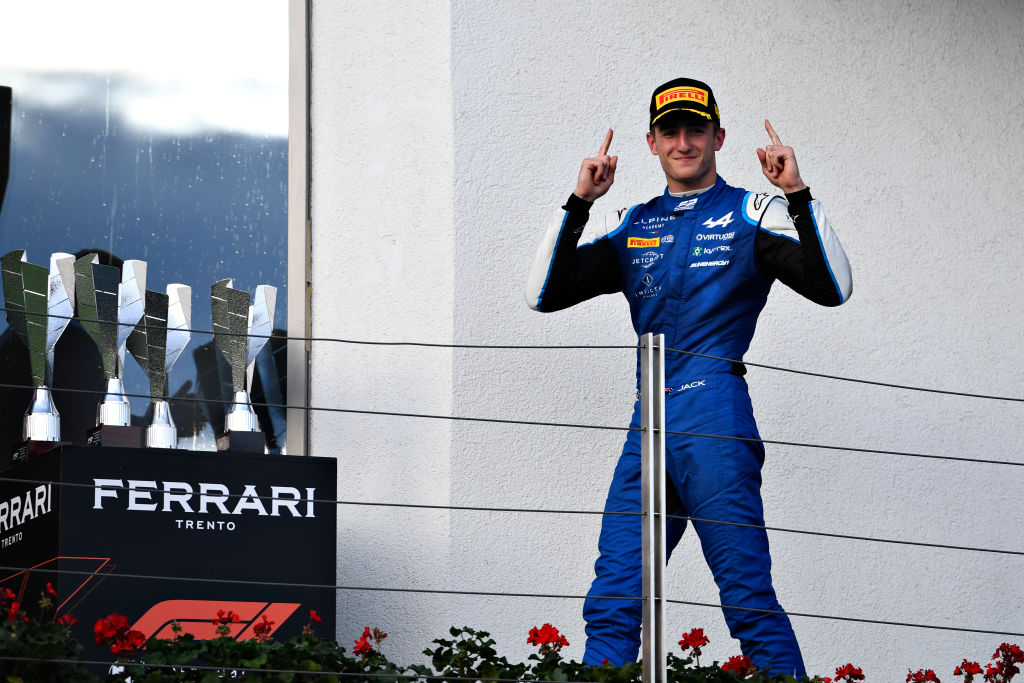 Jack Doohan claimed his second Formula 2 win in Hungary’s sprint race, and he explained how he controlled the pace in every moment.

The Virtuosi Racing driver kept his rivals out of DRS range for the whole race and was even able to increase his pace towards the end to finish over five seconds clear of Hitech’s GP Juri Vips.

After the race, the Australian showed how happy he was with how he had managed the race and with his overall progress in that area since his first F2 win at Silverstone and also since racing in FIA Formula 3 last year.

“I’m happy with the win. Obviously, it’s only a sprint race, but I think we managed it very well, and I feel a little bit more deserving of it due to that,” he said.

“Last year here in F3 I absolutely cooked the rear tyres and went backwards quite a lot, so it’s good to know I’ve made progress in my development of management, and also coming more at one with the Virtuosi car, knowing that we have a strong race package now as well.

“It was not ideal getting passed by Enzo [Fittipaldi] off the line, just went straight into wheelspin, but I got it back with a slight mistake from his side. It was quite close for the next I’d say 15 laps, and then the last sort of eight laps when Juri started to come down to 1.1 [seconds behind], I thought I’d see how much we really had left and I think we managed it quite well. I was able to jump back down into the 1m34s and stay there till the end.”

The Alpine junior was asked by Formula Scout how it compared in race management to his maiden win in the Silverstone sprint race earlier this month.

“Comparing the two results, I think it was a very difficult race in Silverstone and Ayumu [Iwasa] was closing quite a lot towards the end and I didn’t really have much to answer for. We were quite on the limit of the tyre and I just kind of hung on to it,” Doohan replied.

“Today I think Juri and also Enzo were within that sort of 1.5 to two-second gap for most of the time, so it helped really to be able to know how much to push and really what the management of us three were.

“Then as soon as Juri started to push there towards the end, and I think as well around lap eight, nine, he started to push a little bit more too, and both those times I was able to retaliate and put that margin back on to know that we were still safe in the balance. Whereas if I was to push a little bit more and start to struggle, then we knew we would have been in a bit of a tricky situation.”

However, that didn’t happen and Doohan went on to take a quite comfortable win.