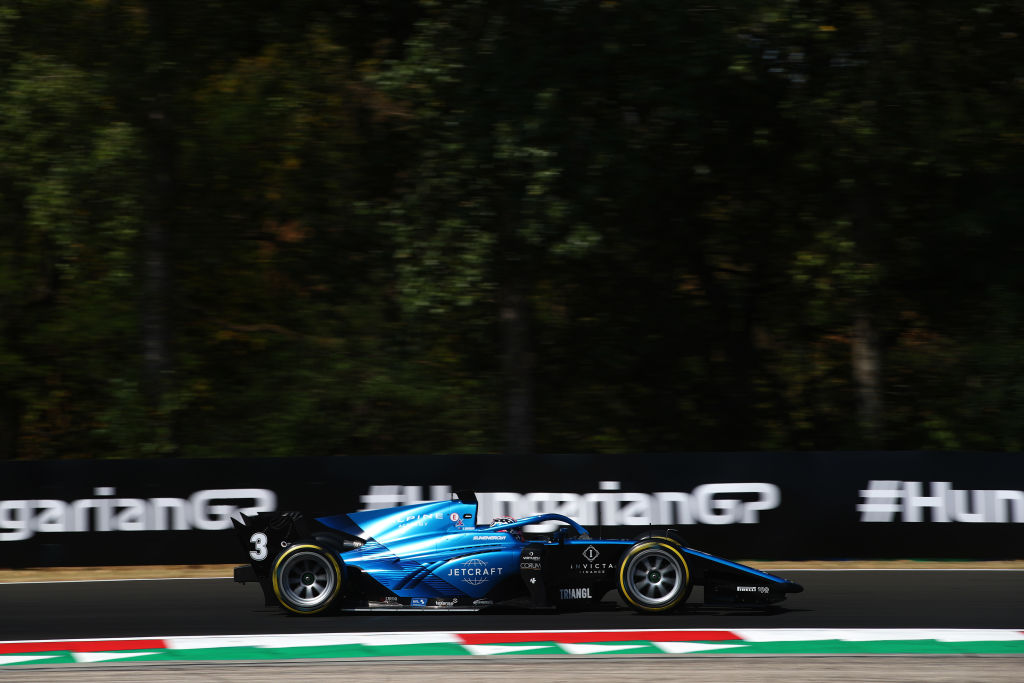 Doohan briefly lost the race lead to Enzo Fittipaldi off the line from reversed-grid pole, but a mistake for the Charouz Racing System driver allowed him to come back through.

After an early safety car period, Doohan was unstoppable. He pulled out of DRS range to Juri Vips behind, and held the Hitch GP driver at a distance of a little over a second for the remainder of the race for his second F2 win.

It was Fittipaldi who got the best start, launching into the race lead from second on the grid, but a lock-up and a wide moment allowed Doohan and Vips to come through before the end of the lap. He almost lost the final podium position to Frederik Vesti due to the same mistake, but managed to hold on to third while Vesti lost out to Felipe Drugovich.

For most of the race, Fittipaldi was on Vips’ tail, staying within DRS range. He was never quite close enough to make a move however, and settled for third just ahead of points leader Drugovich and Vesti.

The safety car intervention came due to Dennis Hauger, who was involved in an opening lap incident. Logan Sargeant was caught between Hauger and Drugovich and, with nowhere to go, made contact with Hauger who was sent into a race-ending spin while Sargeant retired in the pits.

Drugovich’s main title rival Theo Pourchaire was caught in the same incident, having to run wide to avoid colliding with Hauger. He dropped out of the top 10 and spent the remainder of the race trying to recover, eventually finishing ninth.

The closest battle for much of the race was between Jehan Daruvala, Marcus Armstrong and Liam Lawson. Daruvala was struggling with his tyres, but managed to hold the pair off for a number of laps. A move around the outside by Armstrong led to contact between the two, and allowed Lawson to come through. Daruvala was handed a 10-second penalty for the clash.

A big lock-up for Daruvala also allowed Lawson, Armstrong, and Ayumu Iwasa to come through, and Daruvala pitted for fresh tyres shortly afterwards. Lawson finished sixth, with Armstrong holding off Iwasa for eighth.