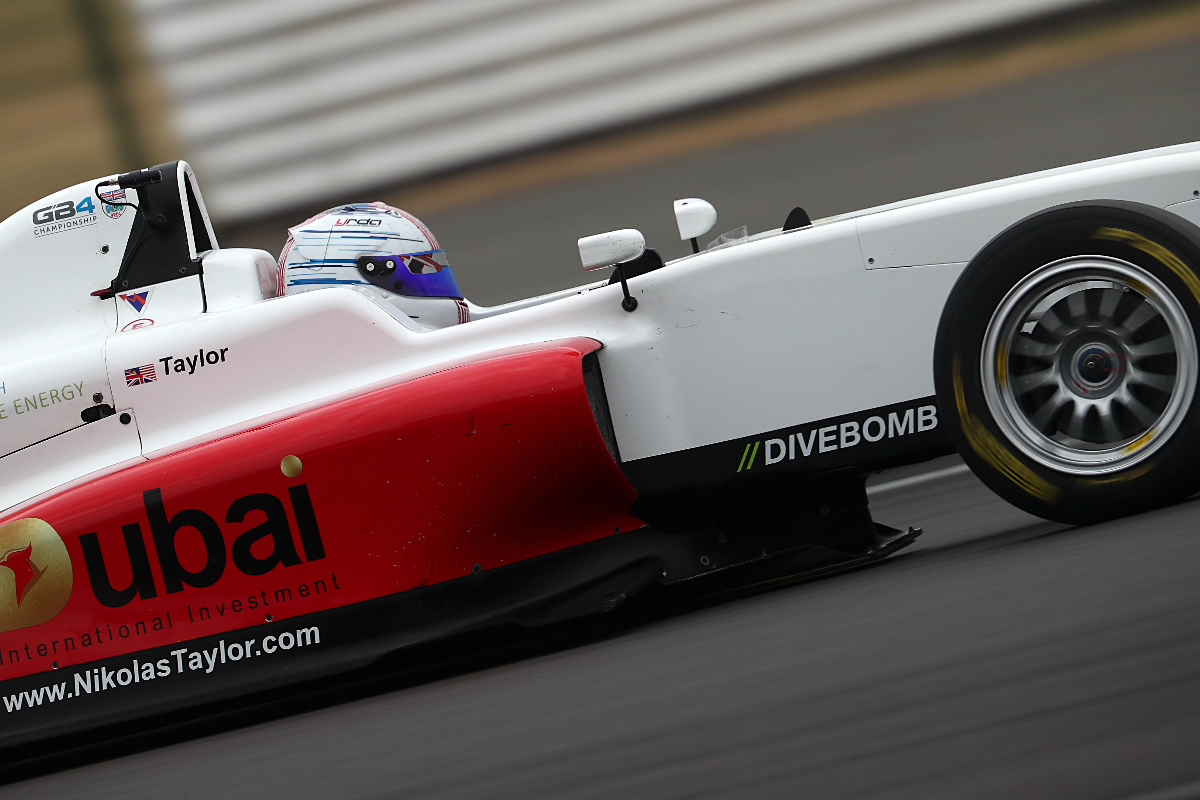 Fortec Motosports’ Nikolas Taylor benefitted from a chaotic opening lap to win from fifth on the grid in GB4 race one at Silverstone.

Hillspeed’s pre-race points leader Max Marzorati started from pole after team-mate Megan Gilkes served a three-place grid drop for an incident at the previous round at Snetterton.

Marzorati remained in front at the start, but soon came under pressure from Elite Motorsport’s Jack Sherwood.

After getting a good run down the Hamilton Straight, Sherwood snatched the lead with a bold overtake around the outside of Abbey but his race ended one corner later after he was rearended by Kevin Mills Racing’s Jarrod Waberski, who launched himself on top of Sherwood’s car and also retired.

Taylor moved through the melee into the lead before the safety car was deployed, while both Gilkes and Marzorati were forced to pit with punctures.

That promoted KMR’s Tom Mills to second at the restart ahead of Logan Hannah, who climbed from seventh to third for Graham Brunton Racing.

Taylor controlled the remainder of the eight-lap contest to take victory by 2.647 seconds from Mills, while Hannah tried to fend off Fortec’s Jessica Edgar for the final podium spot.

Gilkes recovered from her unscheduled pitstop to join the battle, passing Edgar before taking third from Hannah into Abbey on the final lap. But contact between the pair resulted in Hannah spinning to seventh.

Chloe Grant was eighth after a spin at Copse, while Marzorati trailed home a distant ninth and is now 14 points behind Taylor at the top of the championship standings.