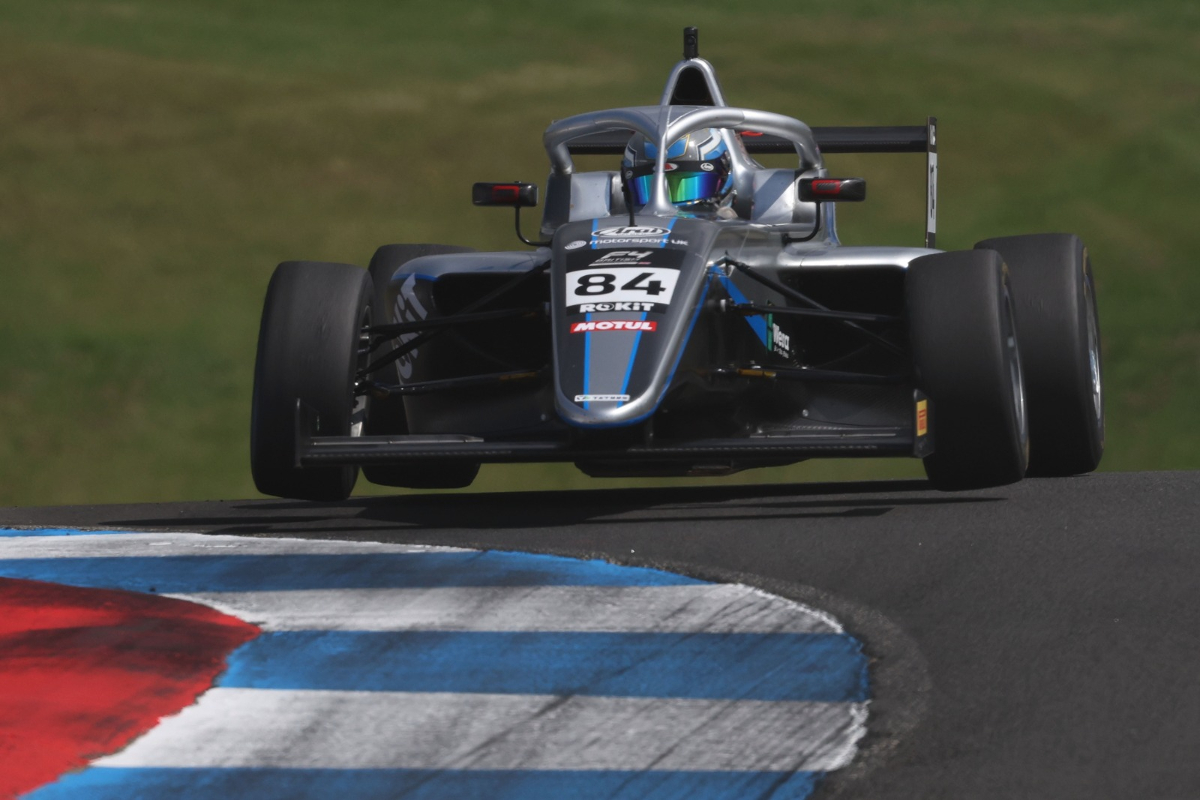 JHR Developments’ Joseph Loake stormed to victory in the opening British Formula 4 race of the weekend at Knockhill.

Loake got the best start on the grid to launch past poleman Ugo Ugochukwu off the line. The Carlin driver couldn’t stick with Loake, falling more than half a second behind before being pulled into a battle with Alex Dunne.

As the two fought for position, Loake extended his lead at the front of the order. Despite Dunne setting a new lap record of 48.436 seconds, there was little the points leader could do to stay in touch with Loake, and Loake finished 2.247s clear.

Dunne had managed to find a way past Ugochukwu with a late lunge down the inside of the poleman at the hairpin. Ugochukwu couldn’t fight back and a wide moment at the Arnold Clark chicane sent him plummeting down the order.

He dropped back to 12th and spent the remainder of the race struggling to make up positions. The McLaren junior climbed up to 11th, only to receive a five-second time penalty for exceeding track limits too many times.

Eduardo Coseteng managed to find a way past Aiden Neate early on and finished fifth. Neate came under pressure from Oliver Stewart late on, but Stewart ran out of laps before he could make a move. Seventh overall was still enough to make him the top rookie. Georgi Dimitrov, Edward Pearson and Noah Lisle rounded out the points positions.