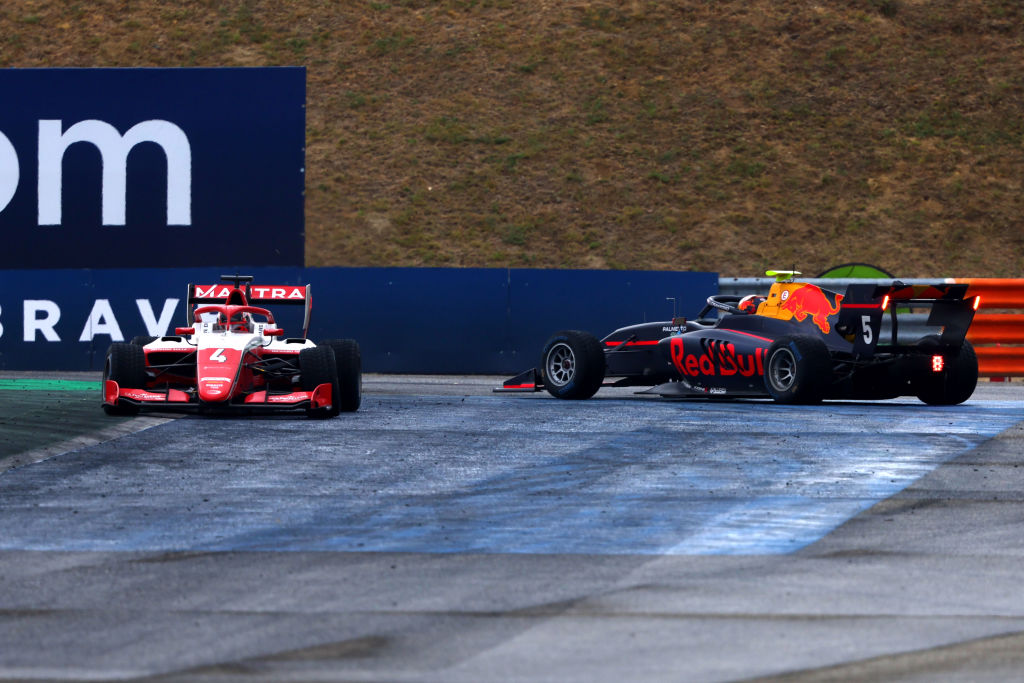 Arthur Leclerc will start ninth for the FIA Formula 3 feature race at the Hungaroring as he has been handed a five-place grid penalty for spinning Prema team-mate Jak Crawford.

The duo were disputing fourth place on the final lap of the wet sprint race, and Leclerc had attempted a move on Crawford into turn 12. However he ran deep, and hit Crawford into a spin.

Secondary contact from ART Grand Prix’s Victor Martins resulted in Leclerc dropping to 27th and last, while Crawford fell to 20th. The stewards deemed Leclerc “wholly responsible” for the contact with Crawford, and issued a grid penalty as a result.

“Yowards the end, I tried to overtake Jak in difficult conditions,” Leclerc explained. “From the car it was really hard to see that there was only one line, unfortunately, it was wet, I lost control and hit Jak.

“I apologise to him and the team. It was my mistake and I hope to recover from it tomorrow.”

Leclerc is now 13 points off championship leader Isack Hadjar, who had dropped behind Leclerc in the race but regained his lost places thanks to the clash to finish fourth, but will still start ahead of his title rival on Sunday as Hadjar only qualified 10th for the feature race. Martins, who lost the championship lead to Hadjar by one point, starts seventh for the next race.

“It was definitely a fun race in the wet. We had really good speed and there was a lot of battling,” Crawford said of the sprint race.

“I was fighting for a podium position on the last lap but an incident dropped me out of the points. It’s not great that we lost the points, but it happens.”

Leclerc wasn’t the only driver to be penalised, as Carlin’s Brad Benavides also recieved a five-place grid penalty as a result of causing a collision with Jenzer Motorsport’s Ido Cohen in the sprint race. He had qualified 25th, so will now start from the back.