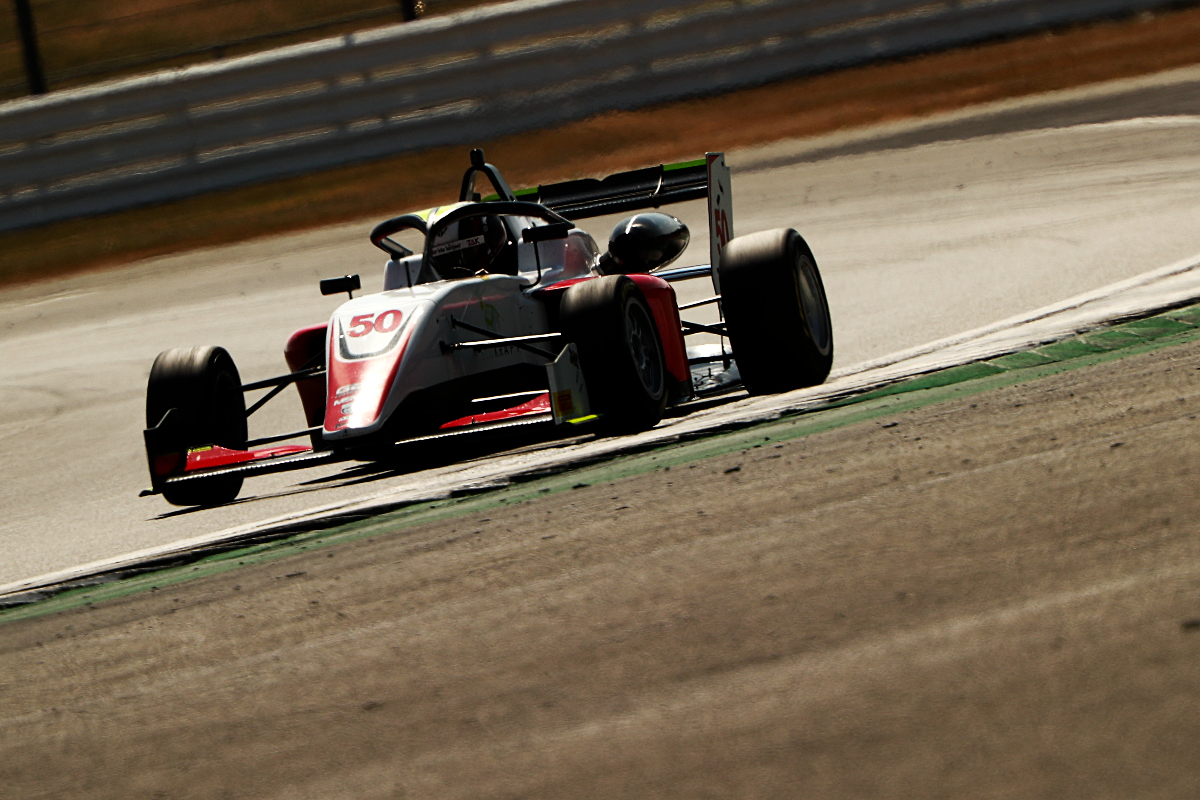 Granfors came out on top in battle with polesitter Callum Voisin into Maggotts to snatch the lead, with Voisin also losing out to Carlin team-mate Javier Sagrera on the opening lap.

On lap six of 10, Voisin made a move stick into Brooklands before closing the deficit to Granfors to 1.1s by the finish.

Carlin’s Roberto Faria passed Elite Motorsport’s John Bennett for fourth into Brooklands at the halfway stage, and then closed in on Sagrera.

Faria moved around the outside of his team-mate at Luffield in the closing stages before taking third at Copse. But his podium finish may be in doubt having ran off track while completing the move.

Matthew Rees was eighth for JHR Developments ahead of Douglas Motorsport’s Max Esterson, who held off a late charge from Hitech GP’s Browning to finish ninth.

Having been excluded from qualifying for a technical infringement, Browning stormed from the back of the field to 11th on the opening lap, and gained a further place by passing Chris Dittmann Racing’s McKenzy Cresswell.