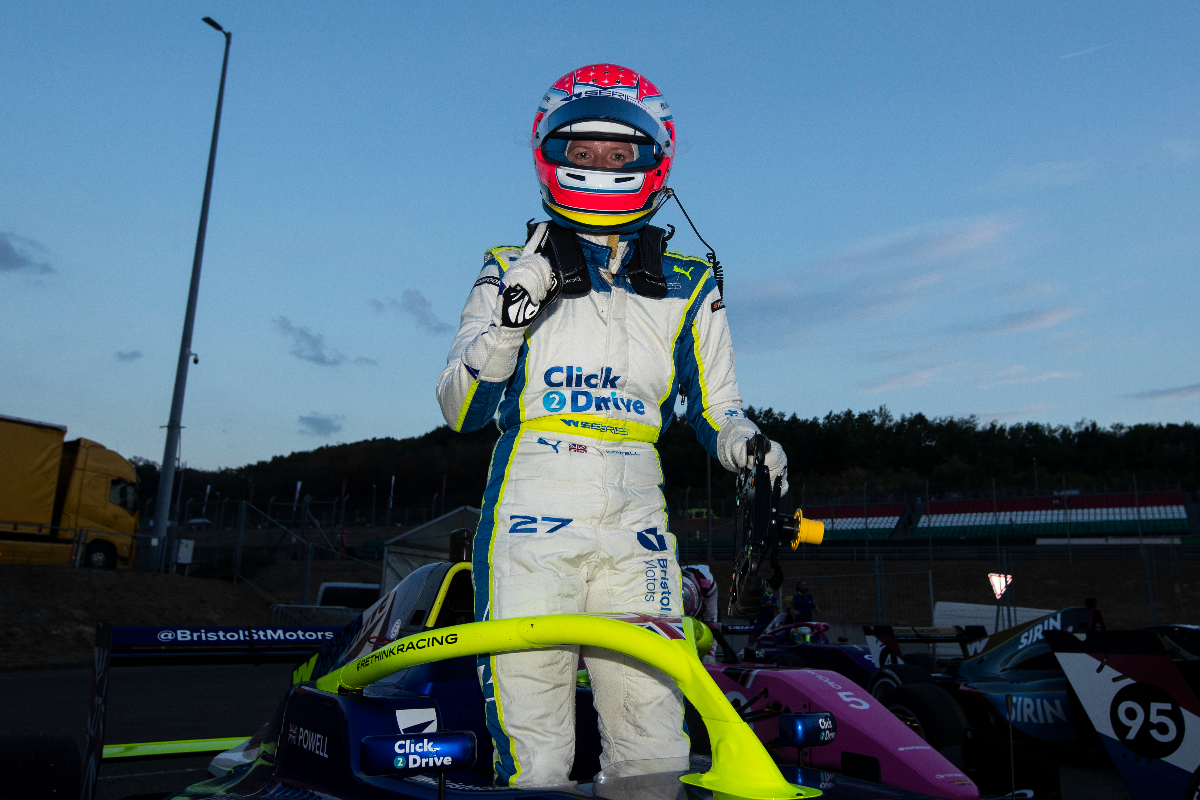 Alice Powell survived a late safety car restart to win at the Hungaroring in a race where runaway points leader Jamie Chadwick finished second from fifth on the grid.

Powell’s victory ends Chadwick’s streak of seven consecutive wins, but she still leads Powell in the championship by 75 points, meaning she could be crowned champion next time out.

The race started behind the safety car with very slippery track surface after torrential rain fell in the preceding track session.

Nerea Marti briefly lost control of her car at the exit of turn 10 and came close to hitting the wall, losing one place. The Spaniard would briefly recover her grid place of third before letting Marta Garcia by again ahead of the rolling start.

The green flag was waved and Chadwick quickly passed Marti for fourth place at the inside of turn three, after taking the outside line at turn two.

Abbi Pulling and Belen Garcia took advantage of Marti losing traction at the exit of turn three and went for a move as well. Pulling overtook before turn four, leaving Garcia around the outside of Marti at that same corner. Garcia was then on the inside at turn five, when she lost the rear and made contact with Marti. Both went off the track and dropped out of the top 10.

At this point, Garcia was struggling to keep Pulling and Emma Kimilainen behind her. Jessica Hawkins joined the group and was able to get past Kimilainen after she was unsuccessful in overtaking Pulling.

Kimilainen attempted to regain sixth from Hawkins, but in doing so hit the rear of her rival and spun her round. Hawkins dropped to the back but could continue, whereas Kimilainen retired in the pitlane.

Halfway through the race, Bianca Bustamante went over the outside kerb at the exit of turn nine and spun round hitting the inside wall. She tried to bring the car back to the pitlane, but stopped in the pit entry with rear wing and rear-left tyre damage.

After two minutes of yellow flags, the pit entry was declared closed and the safety car was deployed. The race resumed with just over four minutes on the clock. and Powell controlled the restart with Chadwick, who had passed Visser before the safety car period, on her tail.

A mistake from Chadwick at the exit of turn 11 with two laps remaining denied her a chance to pass Powell.