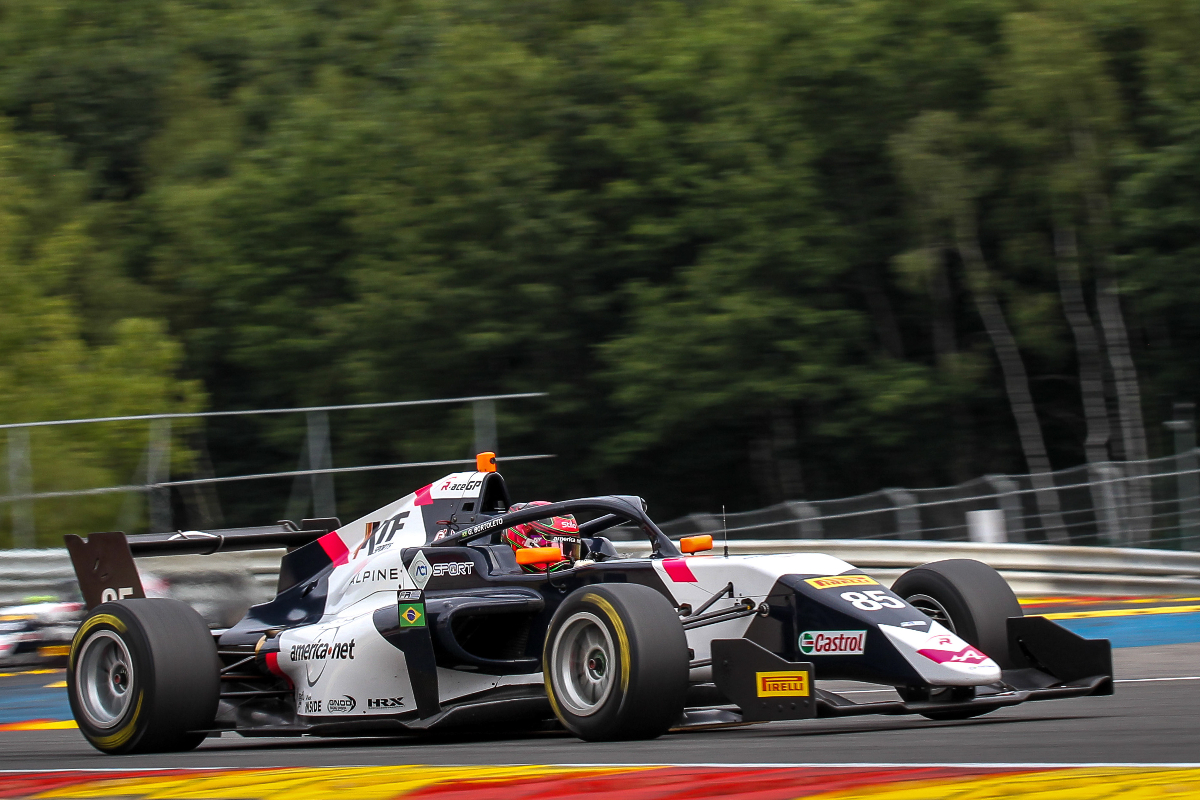 Gabriel Bortoleto has been awarded victory in Formula Regional Europe’s second Spa-Francorchamps race after team-mate Hadrien David was given a one-place penalty for overtaking under the safety car.

It is sophomore driver Bortoleto’s maiden FREC win, with a second place achieved in 2021 being the R-ace GP driver’s previous best result.

David’s offence came on the opening lap of Saturday’s race, as he drew alongside Paul Aron along the Kemmel Straight but was clearly still behind the Prema car when it was announced the race had moved under safety car conditions.

“I was still flat out right up to the first flashing yellow light and when we crossed it Hadrien was still behind me,” Aron explained to Formula Scout. “He then just continued at full speed past me so I immediately got on the radio to the team.”

The apparent leniency of the penalty would seem to recognise that the race officials had been inconsistent in their communications with the team.

While the stewards confirmed in their decision that David’s move did take place after the yellow safety car (“SC”) signal, David claimed in his defence not to have seen the signal.

David then asked his team manager whether he should return the position to Aron. The initial response from race control was that “after checking the [CCTV] images the overtake is okay”. However, after receiving further information from track officials, the stewards announced an investigation to be conducted after the race.

The stewards noted that they considered that “the penalty is appropriate on this occasion”.

Bortoleto came through to second on the road after drafting past Prema pair Aron and Dino Beganovic, taking advantage of the extra grip and power from his new tyres and a fresh engine that had been installed earlier in the weekend.

The Brazilian acknowledged that he would probably not have been able to catch David, had the race run to its conclusion under the green flag.

However, he believed that had racing resumed after the second safety car he would have been able to overtake David.

“Because he had no one in front and the tow is quite aggressive on this track, and I had some push-to-pass left,” he explained to Formula Scout in the Spa paddock. “I think if only one lap left, I would have made the move probably, or at least tried.”

Aron, in turn, felt that his race had been hampered by David not giving back the position. “At the restart I couldn’t stay with David because he had so much grip from his new tyres, and that meant Dino had the advantage of the slipstream down the straight.”