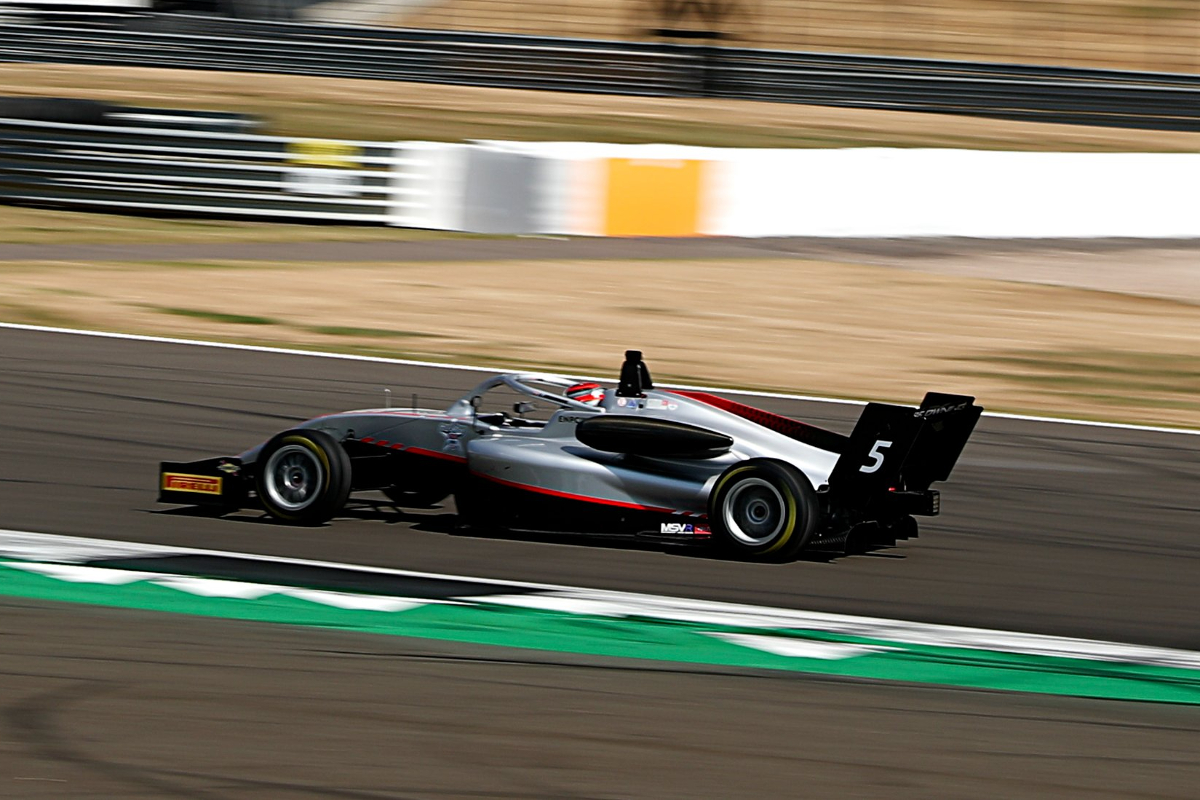 Points leader Luke Browning and Hitech GP team-mates Bryce Aron and Cian Shields have been exluded from the results of GB3 qualifying after their cars failed scrutineering.

All three of the team’s cars were deemed to have not complied with the championship’s regulations during post-qualifying checks, and have had to re-scrutineered.

The decision means Browning loses his race one pole, and will start from the back of the grid in all three of this weekend’s races.

Having already sealed pole for race two, Carlin’s Callum Voisin has now been promoted to the front for race one, with Browning’s chief title rival Joel Granfors promoted the second on the grid for the opening contest.

Shields initially qualified 12th ahead of Aron, but the pair will now start at the back in races one and two with Browning.