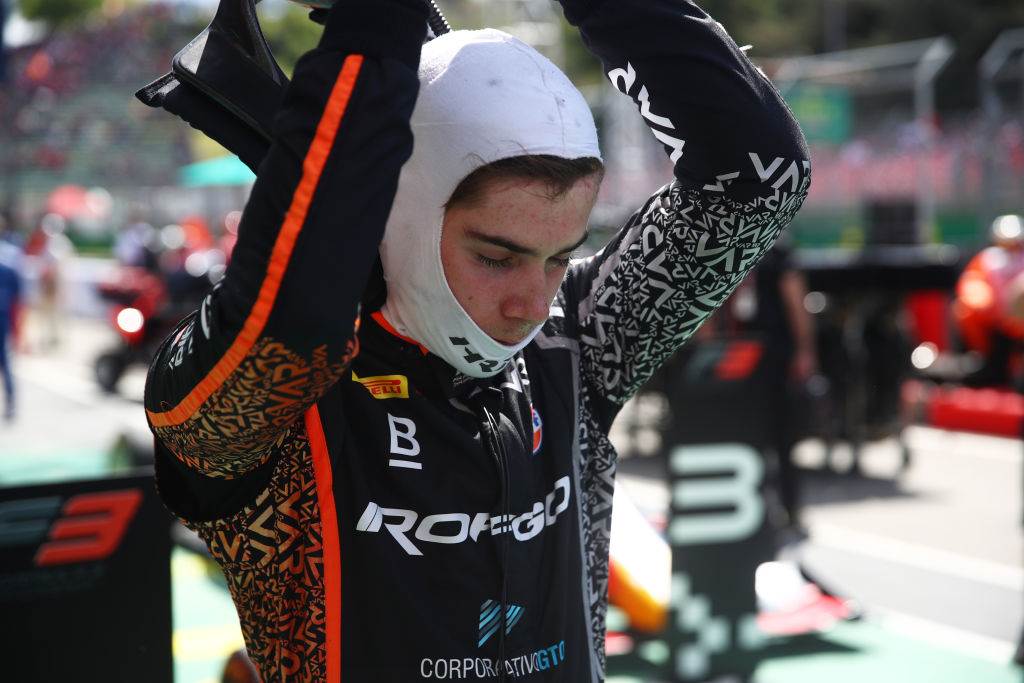 Franco Colapinto has revealed he battled an electrical issue, which almost caused him to retire, on his way to second place in FIA Formula 3’s sprint race at the Hungaroring.

The Van Amersfoort Racing driver had a fierce battle with MP Motorsport’s Caio Collet, who would go on to win by several seconds, as he defended the lead in the early stages of the race.

However, losing first place wasn’t the Argentinian’s biggest worry as he explained in the post-race press conference.

“To be honest, I was focused on trying to fix the issue and then trying to finish the race with all the problems that we had, but Caio definitely had the best pace of the grid today,” Colapinto said when Formula Scout asked if the issue had costed him the win.

“I think that when he overtook me and then I had cars that were not as quick as him behind, I could focus a little bit more on finishing the race, on trying to do the right thing to just help the issue to not get worse. I think we did the job and we maximised what he had today.”

Going into more detail on the issue, he explained: “I had an issue with the engine. It was stopping and going for the whole race.

“A few times I thought I was out of the race because it was stopping for five seconds. I think in the second safety car it just stopped for five seconds and I was in first gear with no electricity in the car.

“It was getting worse with the laps and I used some moments to do some power cycles, so that means like cutting the electricity of the car and turn it back on, which worked like to kind of stop the issue going to worse and worse and worse. I’m not sure if it was the right thing or not to do.

“Then I was lifting in the straights because when I was flat for a really long time, it was coming back. So, I was just doing a quick, really quick lift or release of the throttle sometimes to try to not have it every lap, and a few times it was quite, quite bad for a few long seconds. Fortunately, it didn’t go too much worse than that.”

Colapinto showed himself very pleased with achieving his third podium of the season and his second in the last three races.

“I’m happy with second place. I think we maximised what we had today, and I’m happy for that, happy for the nine points as well. We are looking to be much more consistent these last weekends, so it’s really positive as well.”