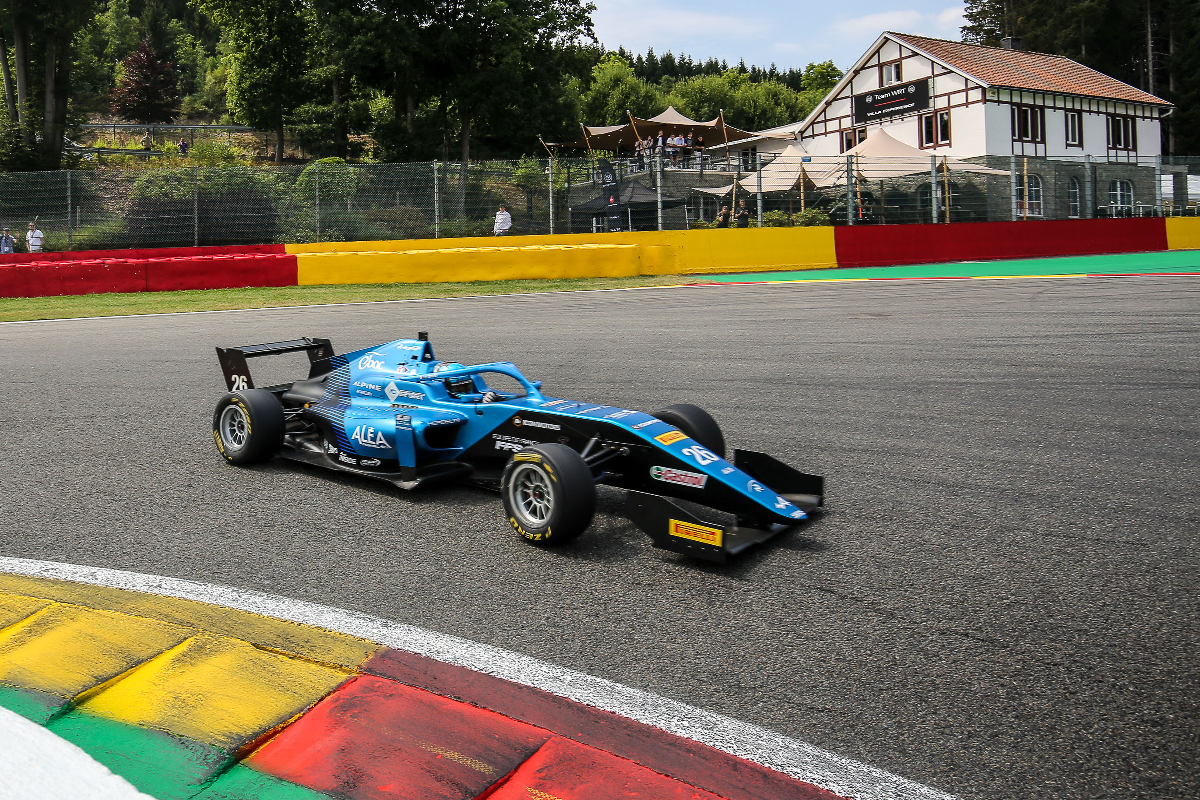 However, David appeared to have passed Paul Aron for the lead on lap one just after the safety car had been deployed following a collision at La Source involving multiple cars. The stewards have confirmed a post-race investigation into respect for safety car procedures on the matter.

Noel Leon and Lorenzo Fluxa made contact on the exit of La Source, with Leon moving across towards the inside, clattering into Hamda Al Qubaisi. As Leon slowed with a broken suspension he was hit from behind by Pietro Armanni, while Santiago Ramos took evasive action. All five drivers were out, although Fluxa struggled around for two laps before retiring.

Once the safety car peeled in after three laps, David quickly pulled away at over half-a-second per lap.

Dino Beganovic drafted past Prema team-mate Aron on the Kemmel Straight, with Bortoleto following him through two laps later in the same place.

Bortoleto – armed like David with a fresh engine for Spa – was on a charge, rapidly catching and passing Beganovic for second. David, however, was already 3.5s up the road and out of reach.

Dudu Barrichello, maintaining his inspired weekend form, latched onto the leading groupand passed Tim Tramnitz for fifth. Tramnitz, in turn, was holding off a queue headed by Owen Tangavelou and Leonardo Fornaroli.

Behind that group, Gabriele Mini was seeking to make amends for a fraught weekend as he battled through from 10th on the grid. He disposed of Mari Boya, Fornaroli, Tangavelou and Tramnitz within the space of five laps to move up to sixth, including a perfectly executed move round the outside of Race Performance Motorsport’s Tangavelou at Les Combes.

The race finished behind the safety car due to a late spin into the Fagnes gravel by Piotr Wisnicki.