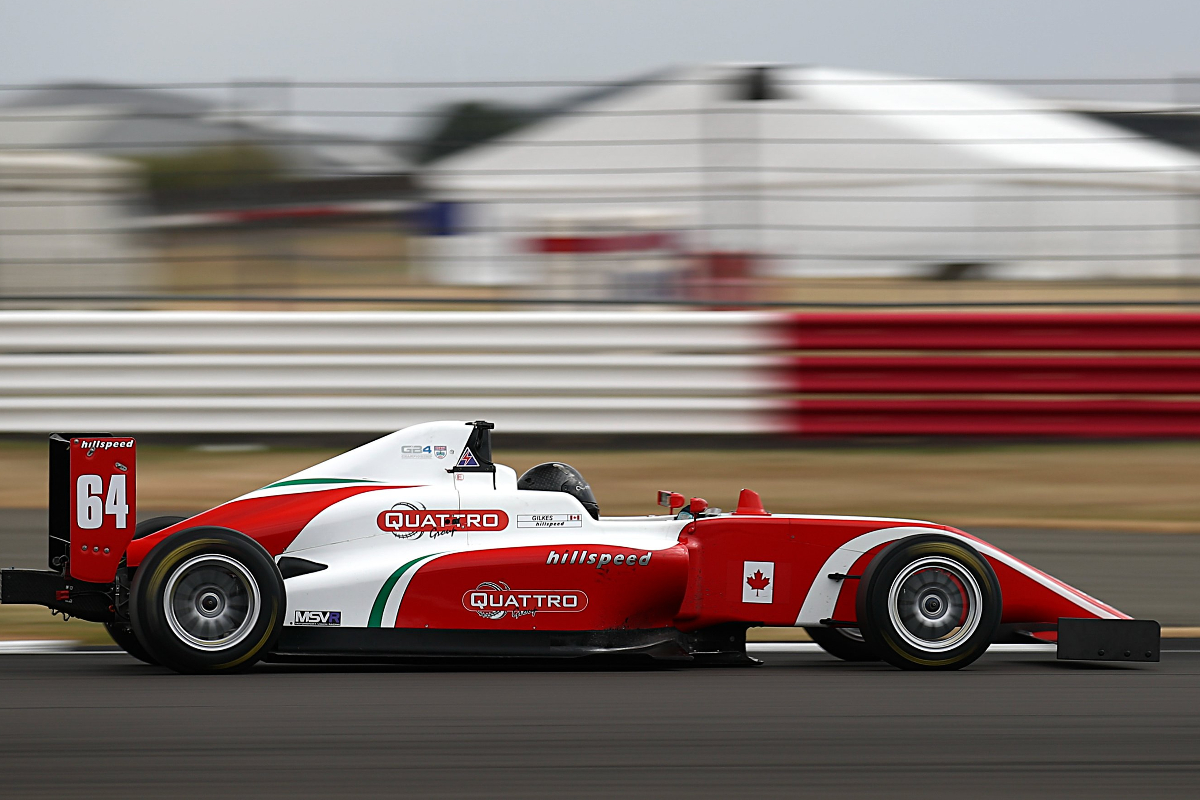 Megan Gilkes secured her second GB4 pole ahead of Hillspeed team-mate Max Marzorati at Silverstone, with the positions flipped for race two of the weekend.

The second-best laptime of each driver sets the race two grid, and means Marzorati will be rewarded with his first GB4 pole.

Jarrod Waberski set an early benchmark of 2m03.674s in the 15-minute qualifying session to lead Kevin Mills Racing team-mate Tom Mills, who then improved on his next lap to move to the top.

Nikolas Taylor then moved ahead of the pair with a 2m02.711s, before Waberski reclaimed the advantage with a 2m02.269s. Marzorati set the best lap so far after that, with Taylor improving to move within 0.068s.

Gilkes took over at the top with a 2m02.007s, with Taylor reclaiming second to split the Hillspeed duo.

Marzorati then set a 2m01.989s on his penultimate lap to move ahead once more, as Elite Motorsport’s Jack Sherwood joined the battle by taking second.

A further improvement from Marzorati on the final tour was not enough for pole, however, as Gilkes set a 2m01.688s as the chequered flag fell. Sherwood qualified third, as Waberski improved on his final lap to take fourth away from Taylor.

Mills was sixth ahead of Graham Brunton Racing’s Logan Hannah, who were both within a second of the pace. Marcus Short qualifying ninth for both races one and two on his single-seater debut with Hillspeed.