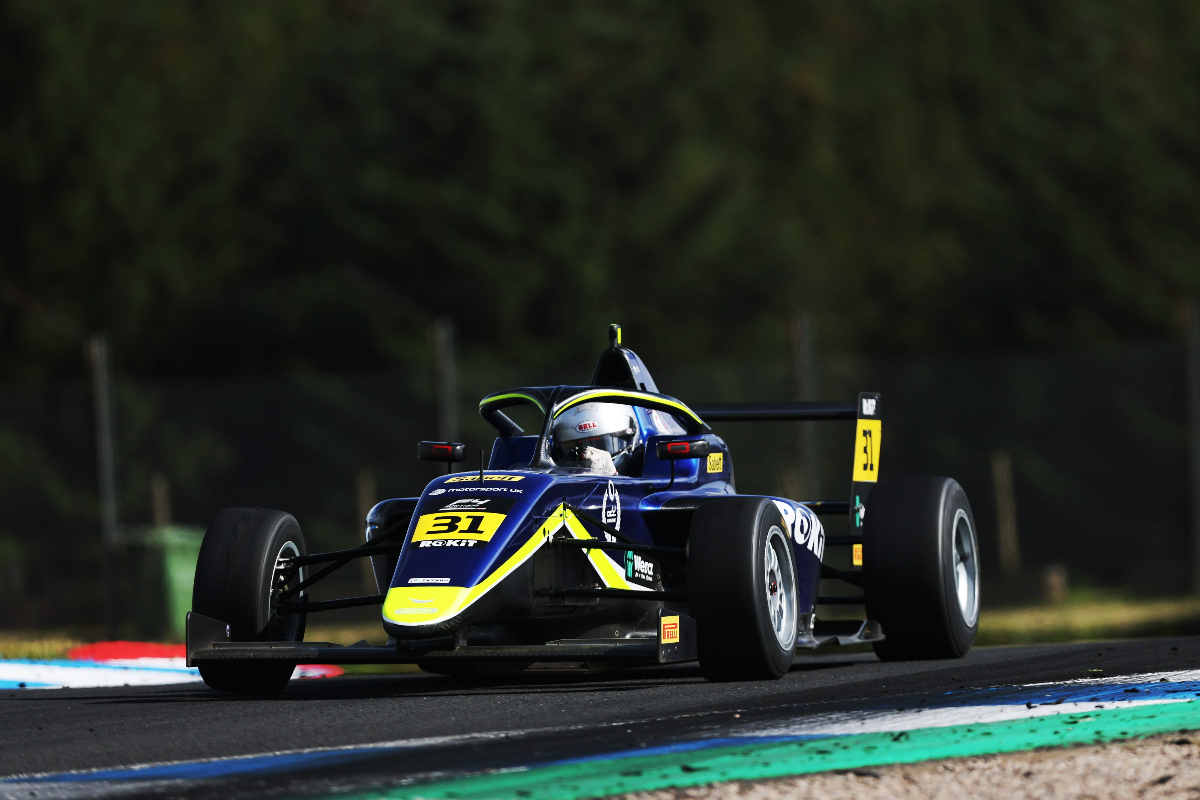 The McLaren junior jumped to the top of the times late in the session with a 48.224s lap.

A late flying lap for Joseph Loake put the JHR Developments driver second on the grid for race one, and he was just 0.010 seconds slower than Ugochukwu.

Loake had topped the order early in qualifying and swapped fastest laps with Louis Sharp and Aiden Neate. Ugochukwu spent most of qualifying outside the top five before his final flying lap allowed him to jump up the order.

Loake managed two more flying laps after Ugochukwu topped the times, both times getting closer to the Carlin driver, but couldn’t knock him off the top spot.

Championship leader Alex Dunne was third fastest ahead of Sharp and Ollie Gray who, at one point, had set the exact same laptime as Loake and was briefly second quickest.

Ugochukwu’s second-fastest time was also enough to put him on pole for the final race of the weekend, ahead of Dunne and Sharp, while Loake only placed fifth.

Neate dropped down to sixth by the chequered flag, ahead of Eduardo Coseteng and Oliver Stewart, the second quickest rookie. Georgi Dimitrov and Adam Fitzgerald round out the top 10, while Mercedes-AMG Formula 1 junior Daniel Guinchard failed to make it into the top 10.